If you bought a car with a five-star ANCAP safety rating before 2018, did you know that the effects of a crash on the children in the car were not specifically tested as part of the ANCAP score?

All that changed in early 2018 when ANCAP introduced six and ten-year-old child crash test dummies to the rear seats in two of the four crash tests they perform. They call this new child safety assessment Child Occupant Protection. 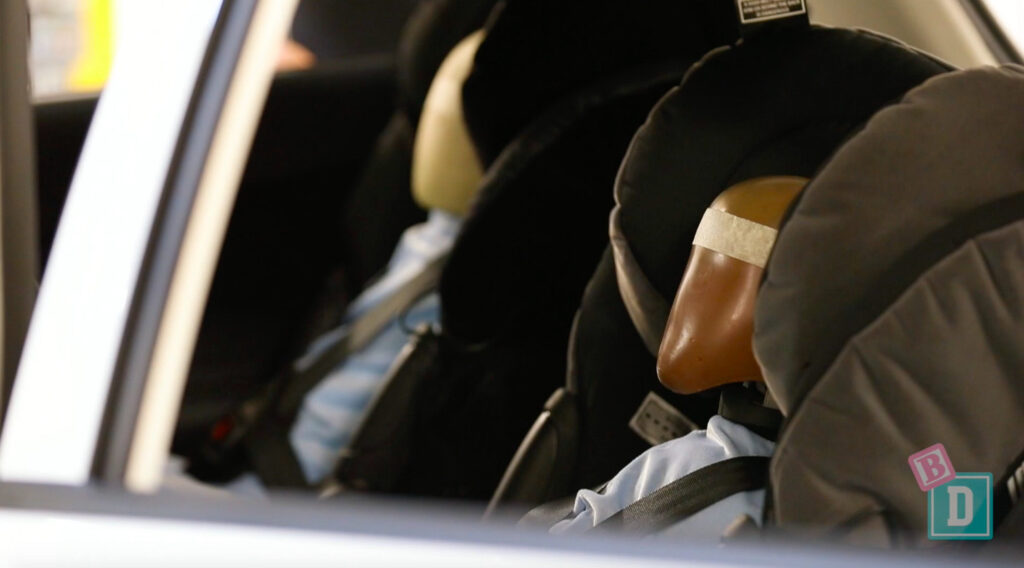 The Mazda CX-8 was the first car to be tested in Australia under this new protocol and did exceptionally well. 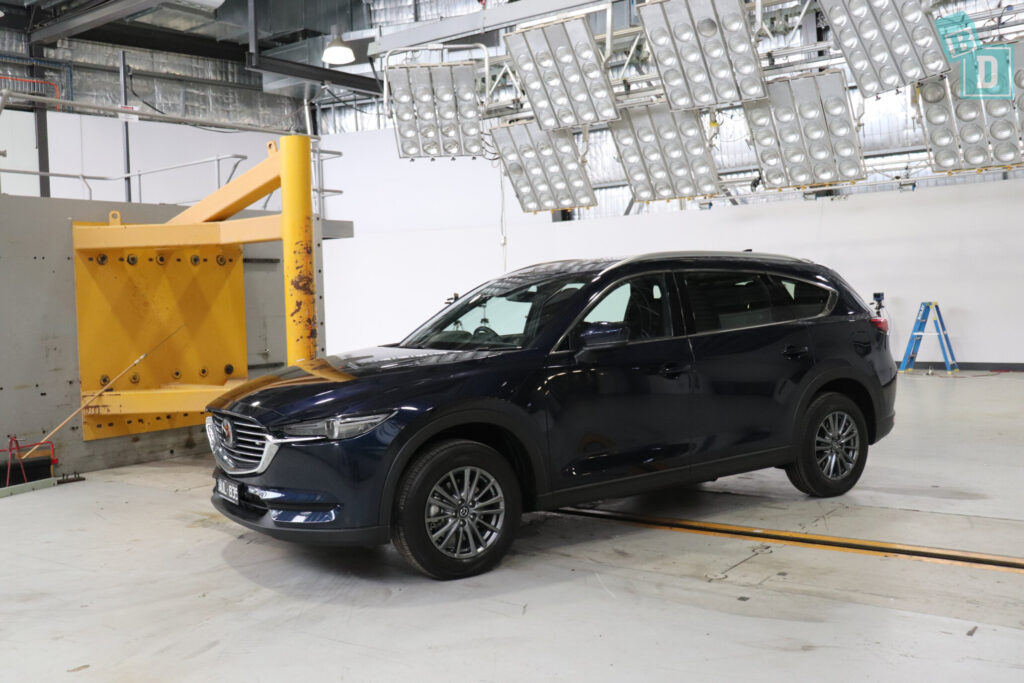 At the time, ANCAP chief executive James Goodwin said: “Good levels of performance were achieved by the CX-8 in the area of Child Occupant Protection, with our assessment engineers praising its ability to safely accommodate child restraints in all five rear seating positions.” 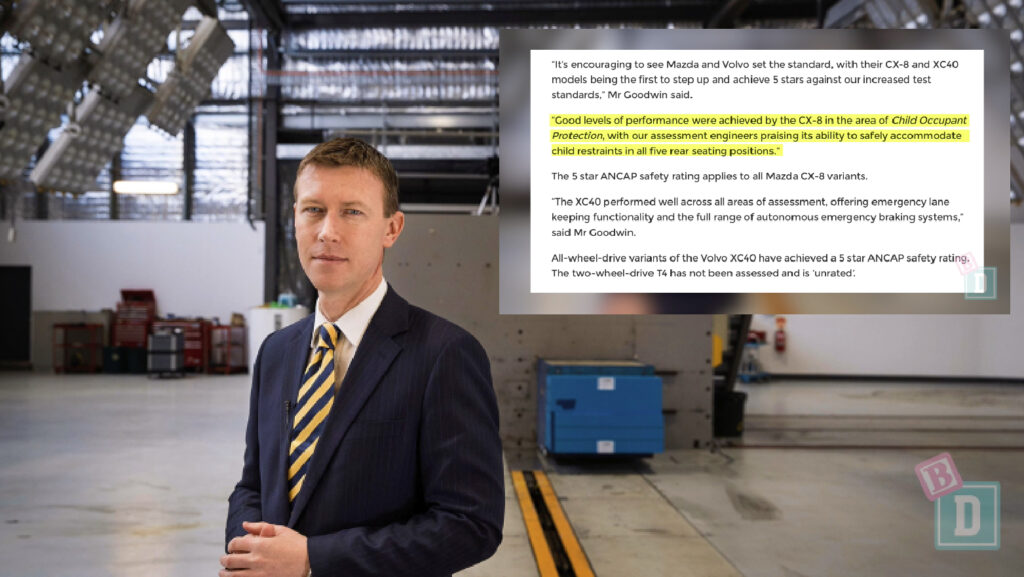 So I brought a Mazda CX-8 along to CrashLab in Sydney to meet ANCAPs chief technical officer Mark Terrell to ask him about the Mazda CX-8 and about the new Child Occupant Protection testing.

Keep reading to find out why Mark recommends keeping your child in a booster seat until they are at least ten years old. 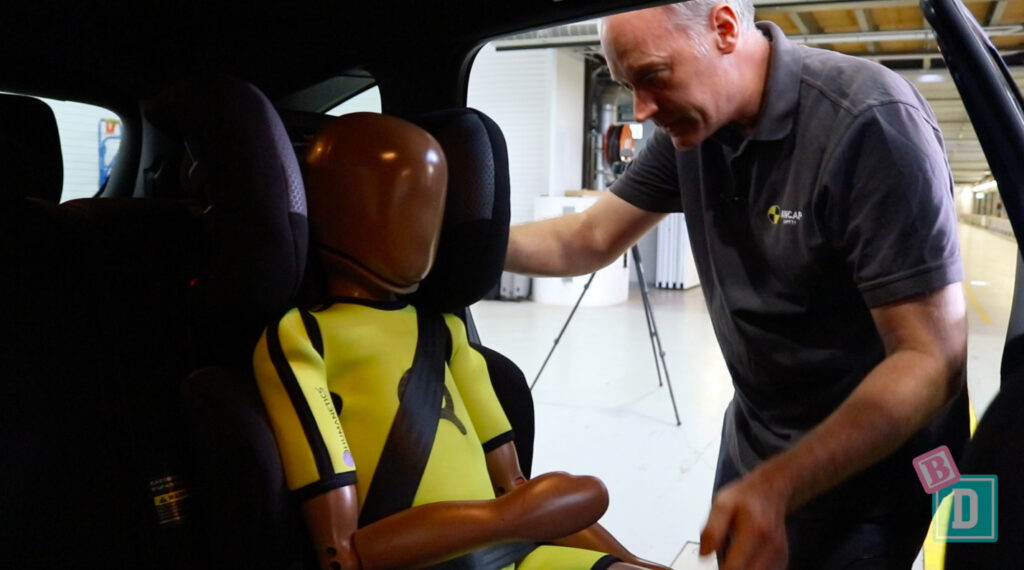 Mark explained that one of the reasons for introducing Child Occupant Protection was so that ANCAP could share their testing and protocol with EuroNCAP.

“That certainly is a factor, being able to share results. But also it's an opportunity for us to go into the back seat and to improve the safety specification of vehicles,” he said.

I asked Mark to tell us about the new Child Occupant Protection testing and he broke it into three parts, starting with the frontal offset test it has been running for 20 years but with the new inclusion of six- and ten-year-old child dummies in the outer left and right side rear seats.

“Those scores count towards the overall rating,” he said. “So you've got to do well with the children in the rear seat to get a five-star car.” 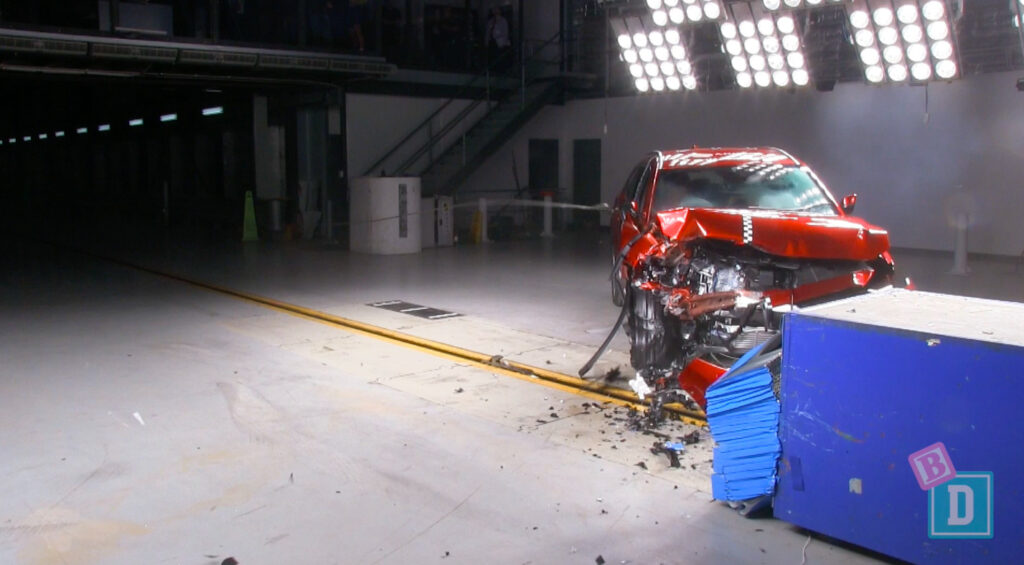 The second crash test that now has the two child dummies in the back is the side impact test. 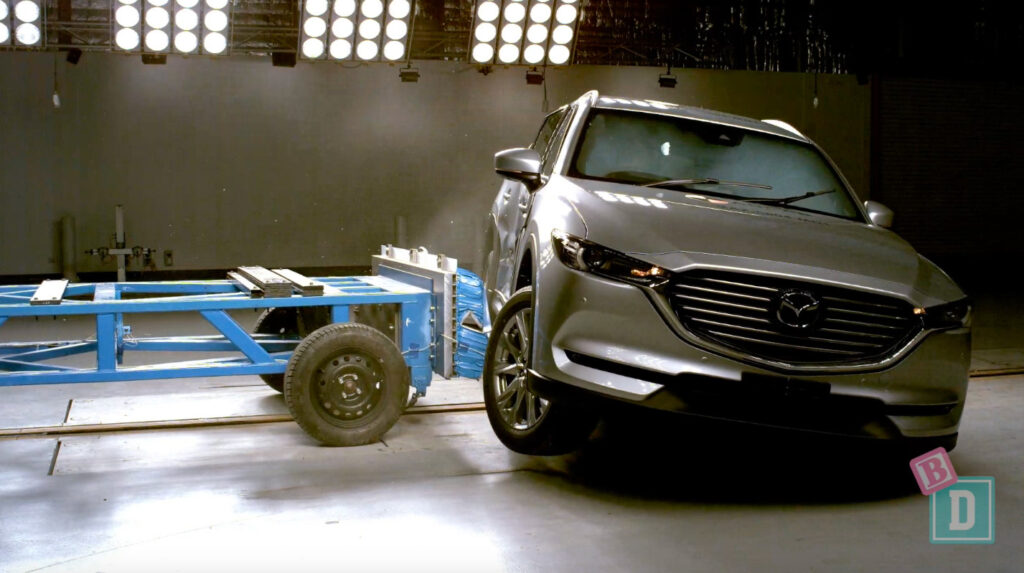 Mark explained that ANCAP also assesses the safety features of the vehicle in regards to the child occupants such as seatbelt lengths. They have also introduced things like airbag disabling to their testing.

“The other significant thing is we then do an installation of a range of typical child seats in the seats in the car,” he said.

“Wherever there is a seat with a top tether, we will take our collection of child seats and actually fit them into each position and make an assessment of whether they can be safely fitted in the vehicle. 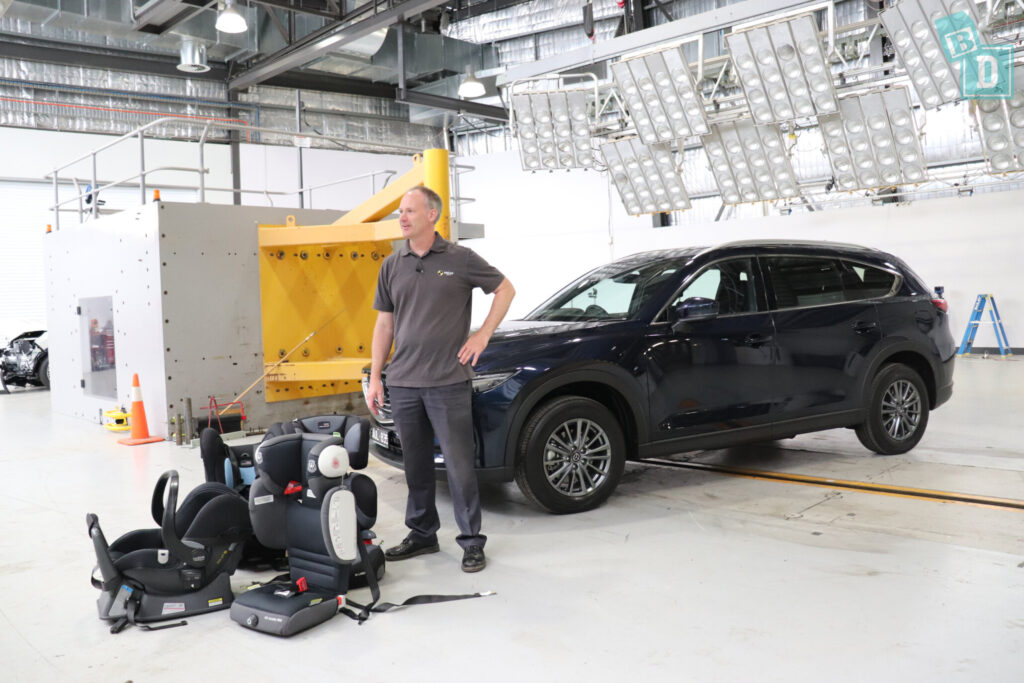 “That gives the potential owners or users of the vehicle an idea of which child seats they can put in each position.”

I asked Mark if they test using the ISOFix and the seatbelt attachments.

“In Australia, all child seats that can be installed using ISOFix must also be able to be installed with the adult belt, so we do both,” he said.

“For those seats we actually install them and some of the seats are actually reversible as well so from one seat we get four installations in those ISOFix positions, which is a lot of work but it gives a lot of information about how people may choose to put those seats in the car.”

So what about our younger occupants in child seats? I asked Mark why they are using six and ten-year-old dummies rather than infants and toddler size dummies in the ANCAP testing.

“The reason that we are testing since the start of 2018 with the six and ten-year-old is that they are using the adult belt and it is actually part of the car that is restraining them,” he said. 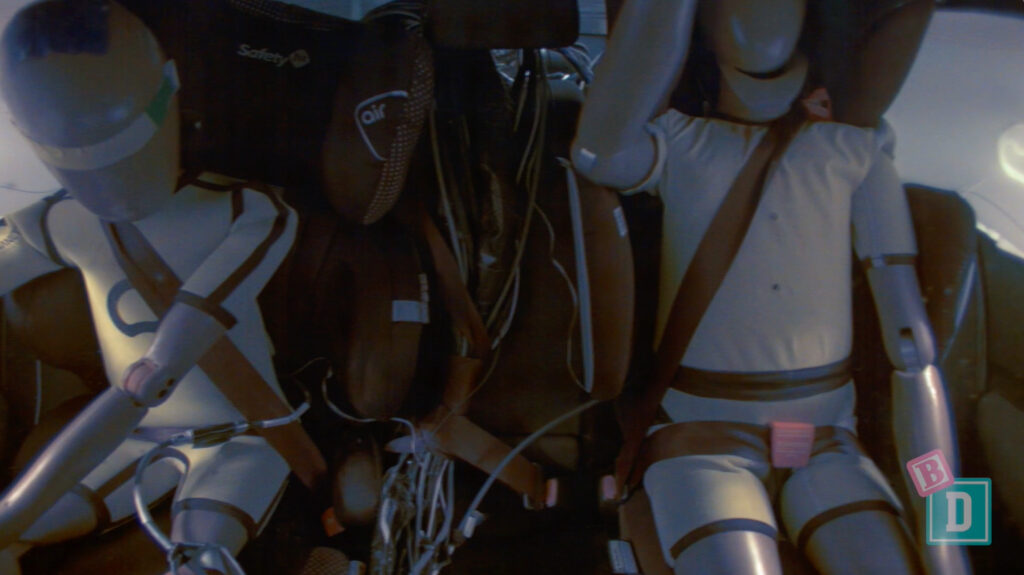 To me, this implied that with younger dummies is was more the job of the restraint to protect them than the car.

Mark agreed to an extent, but explained that the level of protection provided by the car is still important. “It is, again you still want a car that has a good crash pulse,” he said (a crash pulse is the car's ability to absorb the impact and reduce the shock on occupants).

Mark explained how they use the readings from the six- and ten-year-old child dummies to inform them about the seat belts in a car, which more commonly these days use ‘pre-tensioners' to automatically tighten at the start of a crash and then ‘load limiters' kick in to lessen the force on the occupant's chest.

“We get more out of the child dummies,” he said. “So it's much more about what the car can do. If you have a car that can do well for a six and ten-year-old, the chances are that car is also going to do well for say a rearwards facing child in a baby capsule or seat. That is the logic behind the choice of dummies.” 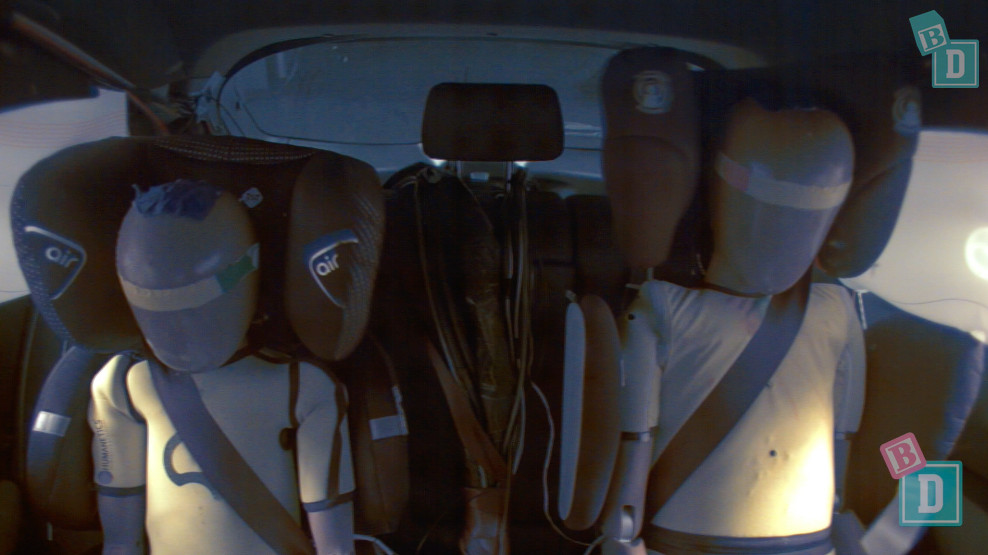 When I asked Mark how they choose which child seats they use in the testing, he said it was the car manufacturer's choice and that ANCAP does not tell them which restraint to use.

“Again, we are testing the car not the child seat,” he said. “Across the range of occupants and across the range of crashes and so on, the expectation is that other similar booster seats will perform similarly.” 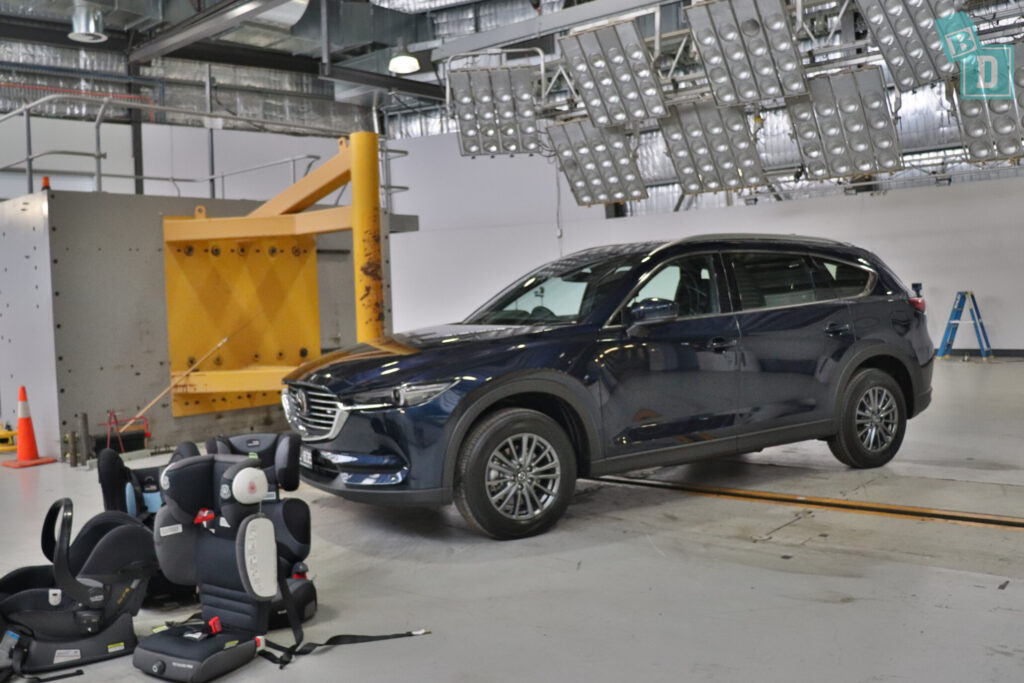 The full-width frontal crash test is representative of a head-on crash and does not currently have child dummies in it, but it does have a fifth percentile adult female, which Mark explained is the same size as the average twelve-year-old child. This tells ANCAP and us a lot about our precious kiddies after they come out of their child seats. 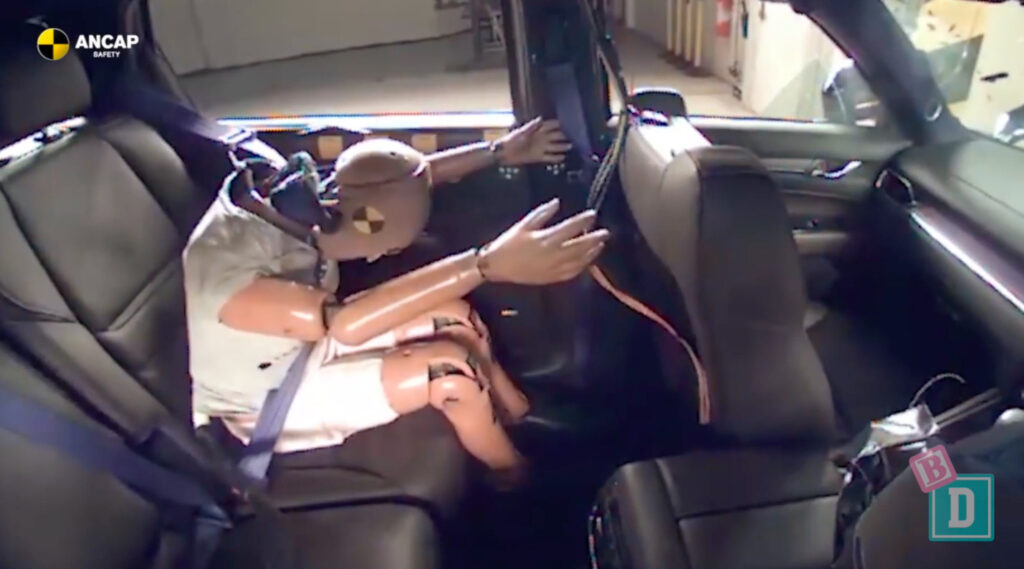 “That test is still telling us things about the back seat, and that test encourages manufacturers to put advanced restraints that we used to only see in the front seats in the back too,” said Mark. 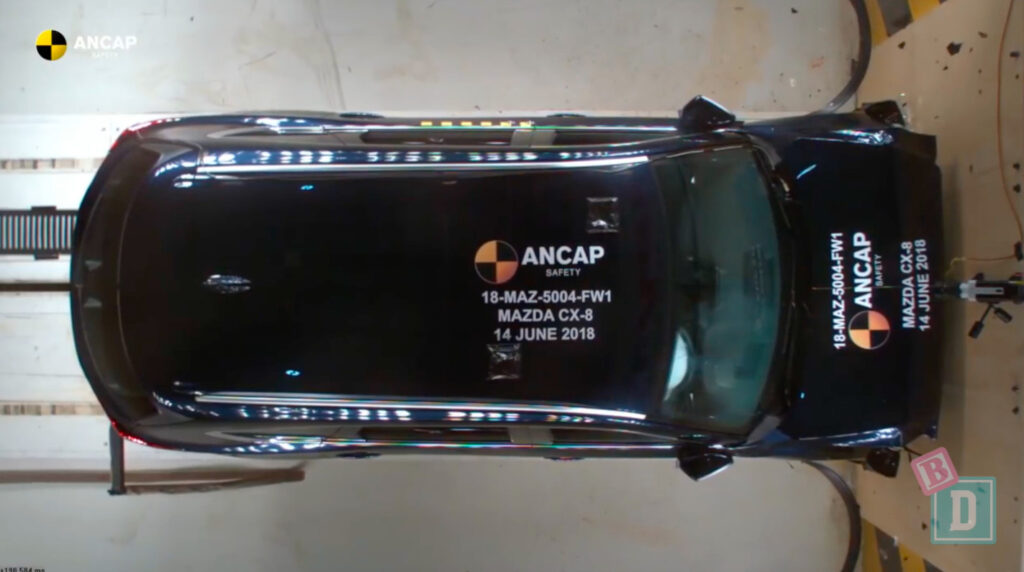 Three child seats fit in the Mitsubishi Pajero and all sizes of strollers and prams, but only when not using all seven seats Read More