By driving our children to sleep, we’re damaging the planet they will inherit from us, not to mention costing millions of dollars in fuel. Parenting sure is a rollercoaster of guilt trips – hang on tight!

A survey done in 2012 by UK baby store Mothercare found that British parents drive 2092km per year on average to get their infants to sleep. Those living in London drive even further – 4759km per year, on average! 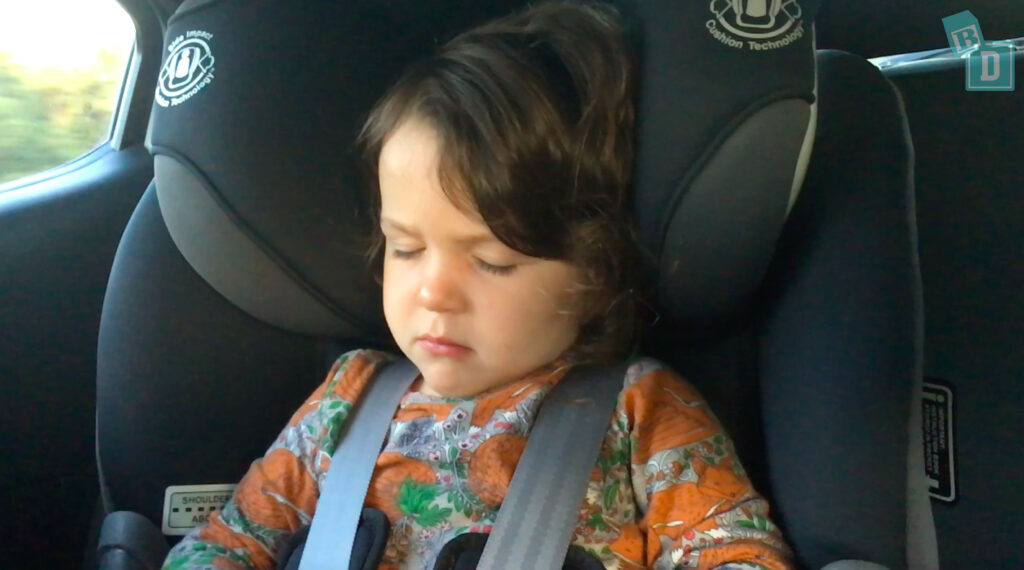 There is no data for Australian families, but given most of us live in state capitals, we’re likely to be somewhere in the middle. So let’s say 3500km. With around 309,000 births in Australia each year, that’s almost 1.1 billion kilometres travelled. Per year. Just to get our kids to sleep!

I know you’re wondering. That’s $132 million spent by Australian parents on fuel to drive their kids to sleep. Every year! 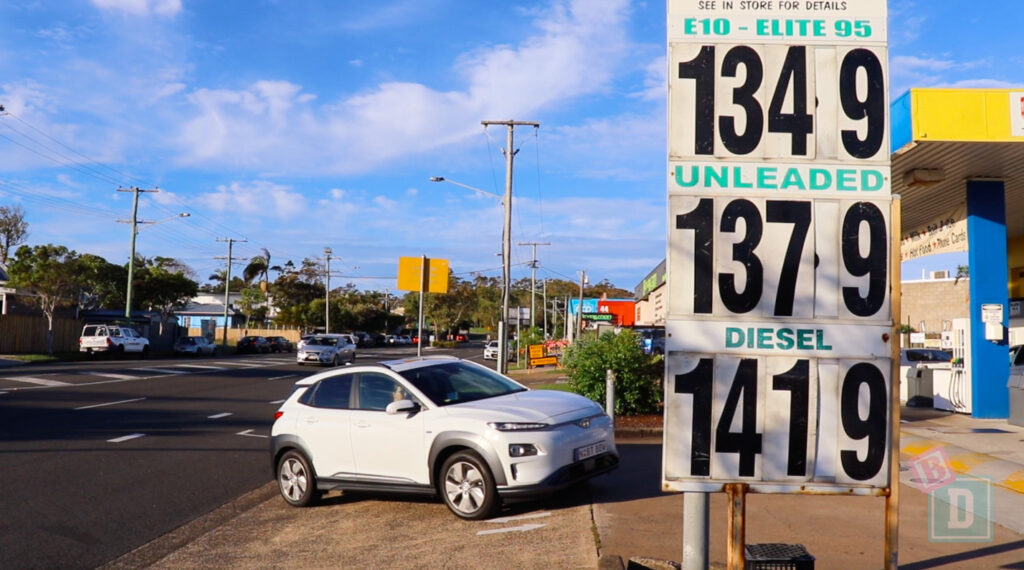 It's even more scary when you start looking into the pollution this causes. Especially when you consider that Australians tend to drive bigger, less fuel-efficient cars than they do in Britain where petrol is a lot more expensive. 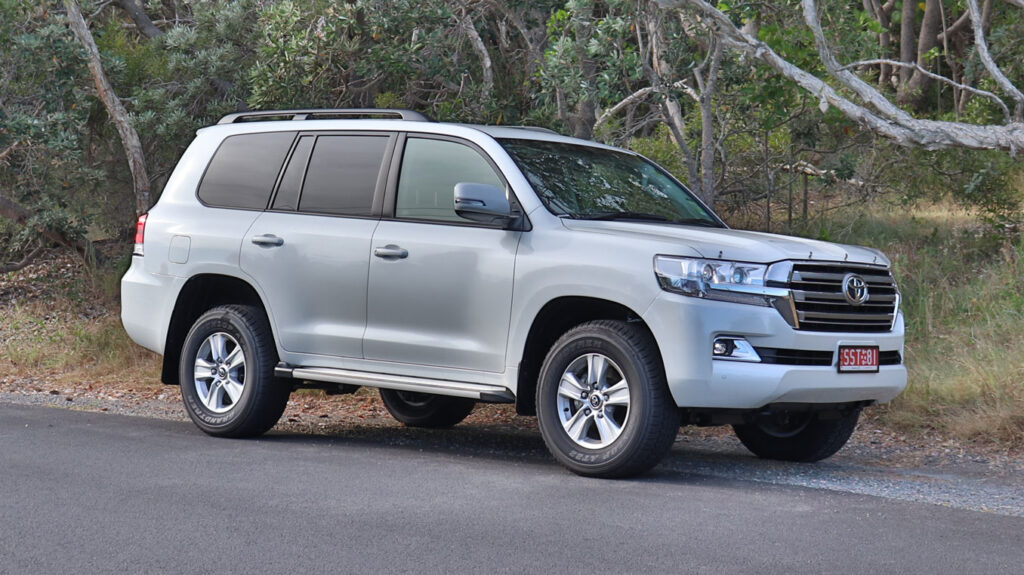 Coincidentally the Mitsubishi ASX I am testing this week is around average for Australia, emitting 176 grams per kilometre of CO2 according to the government’s Green Vehicle Guide. Based on my 3500km per year, my carbon footprint for driving bub to sleep would be 616 kilograms in this car. 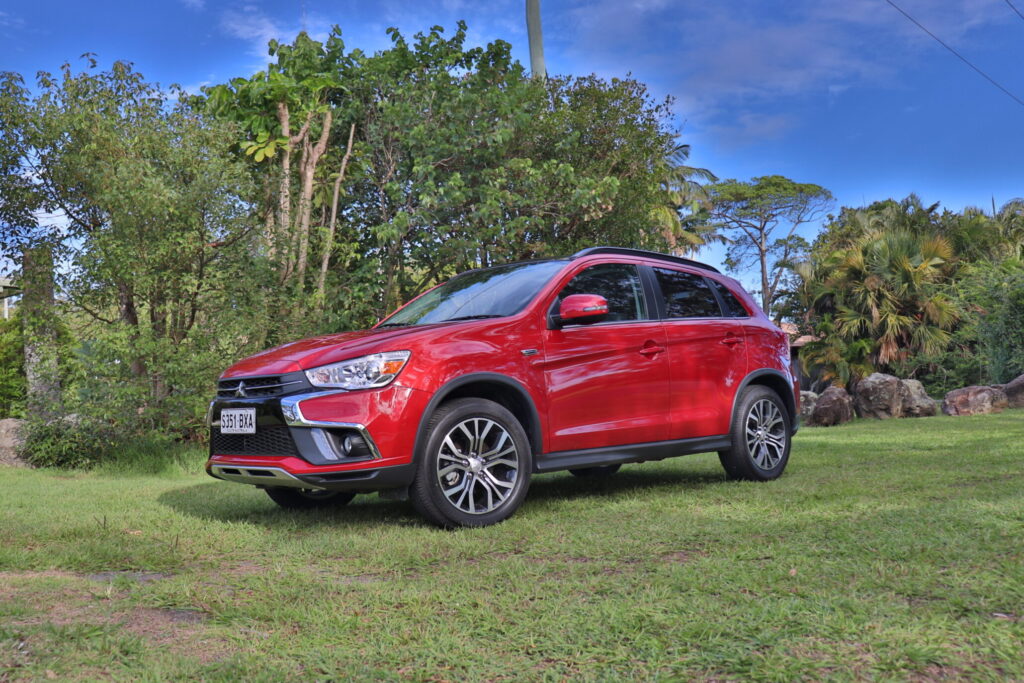 So the Australian carbon footprint for driving all our 309,000 new babies to sleep each year is more than 185,000 tonnes! For perspective, that’s the equivalent of flying from Sydney to London and back almost 68,000 times. And we do this every year!

I’m not even taking into account the amount of time spent idling with the air-conditioning on to keep bub cool once they’re off to sleep, or if they fall asleep during a journey and you don’t want to disturb them by removing them from the car. I’m guilty of doing this more times than I can remember.

Figures from the United States suggest that unnecessary engine idling creates almost 109kg of CO2 emissions per car per year on average. So add that to the 616kg spent driving bub to sleep for a year in this ASX, then times that by 309,000 … you get the picture.

Let’s not forget that cars produce all sorts of pollution in addition to CO2, reducing the quality of air in our cities and suburbs. 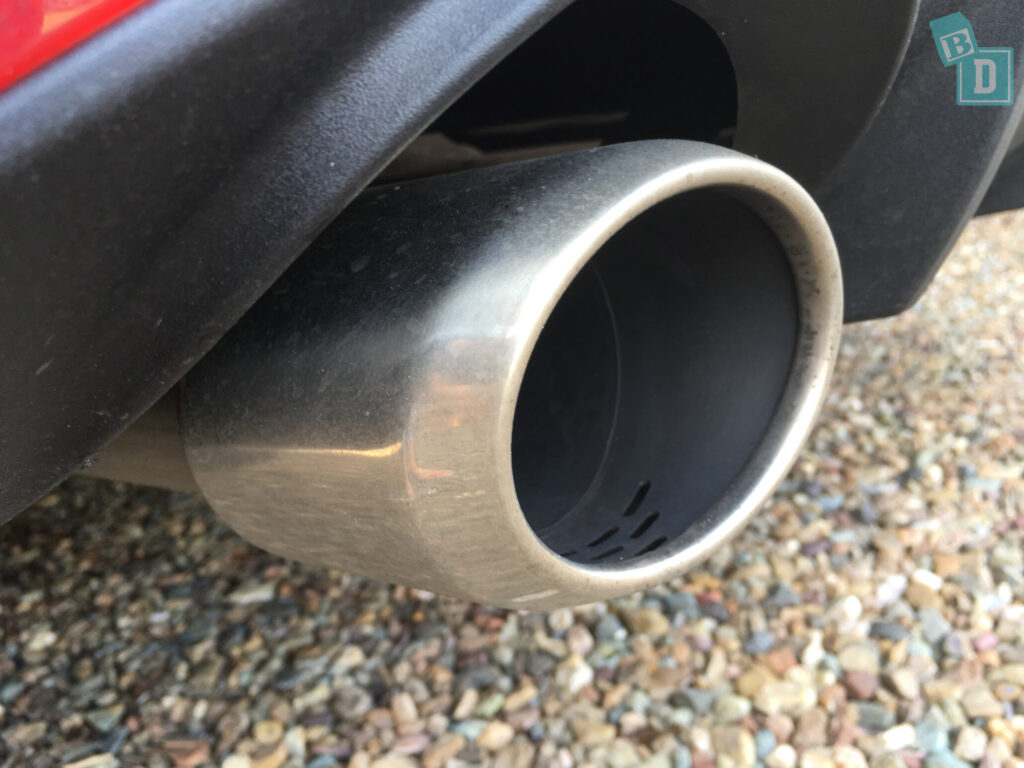 One thing we can do is use plug-in hybrid or full-electric cars that can travel on battery power alone. Even hybrids that you can’t plug in help a lot because at least you can drive short, slow journeys on electricity and run the air-con for some time without the engine kicking in.

This is because using electricity to run the air-con rather than petrol or diesel is way more efficient. According to Mat Preston, whose company Evoke runs fleets of Tesla limousines in Melbourne and Sydney, a Tesla uses 2-5kW of energy to sit with the air-con running compared with 10-14kW to idle a petrol engine. 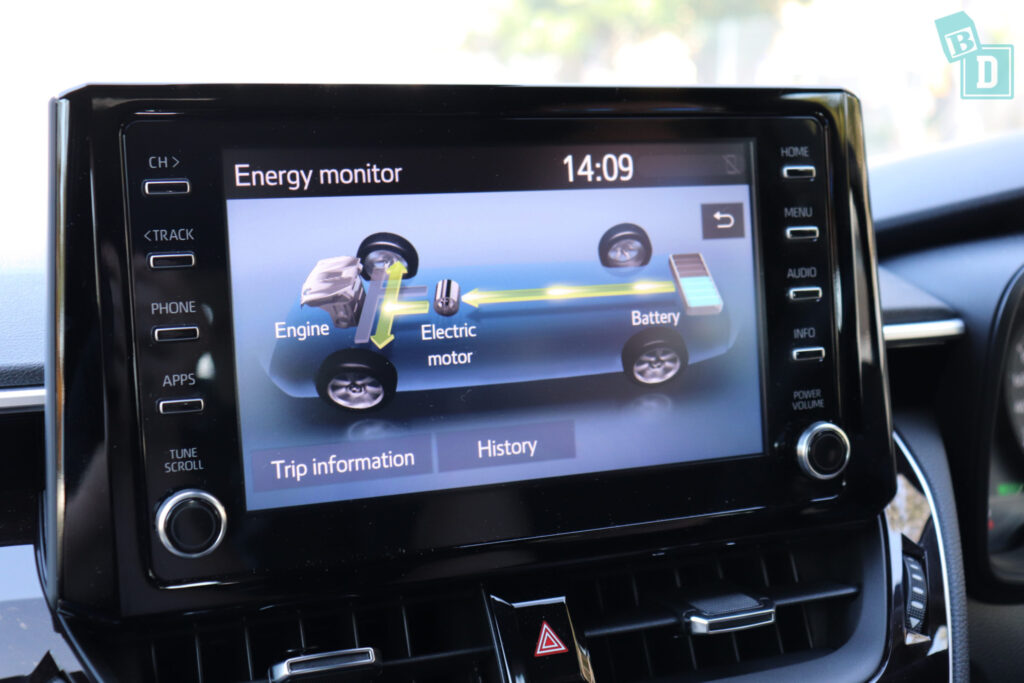 Of course, because we have a lot of coal-fired power stations in Australia it’s hard to claim that we’re hugely reducing CO2 emissions by driving electric cars unless you guarantee the energy is coming from renewable sources such as solar panels on your roof at home or work.

It also depends where you live though, because for example in Tasmania most of the electricity comes from hydro so you are definitely producing less CO2 with a plug-in car there than in Victoria for example.

Anyway, the biggest benefit, for now, is not polluting your local streets with the tailpipe emissions caused by petrol and diesel cars while sending bub to sleep. Air pollution is a big killer in Australia and globally. And if you can be certain you’re plugging into renewable energy, you are 100 per cent guilt free! 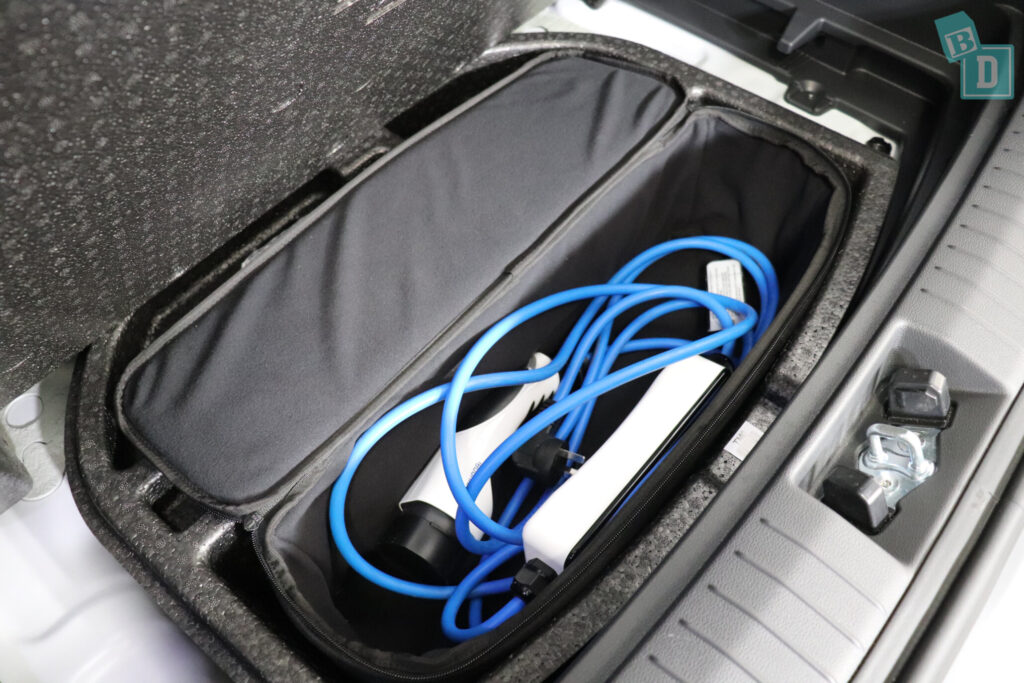 Right now, there aren’t many options for parents to plug in. The Hyundai Kona Electric, for example, is a bit too small, not to mention it costs about the same as a top-spec Hyundai Santa Fe seven-seater. 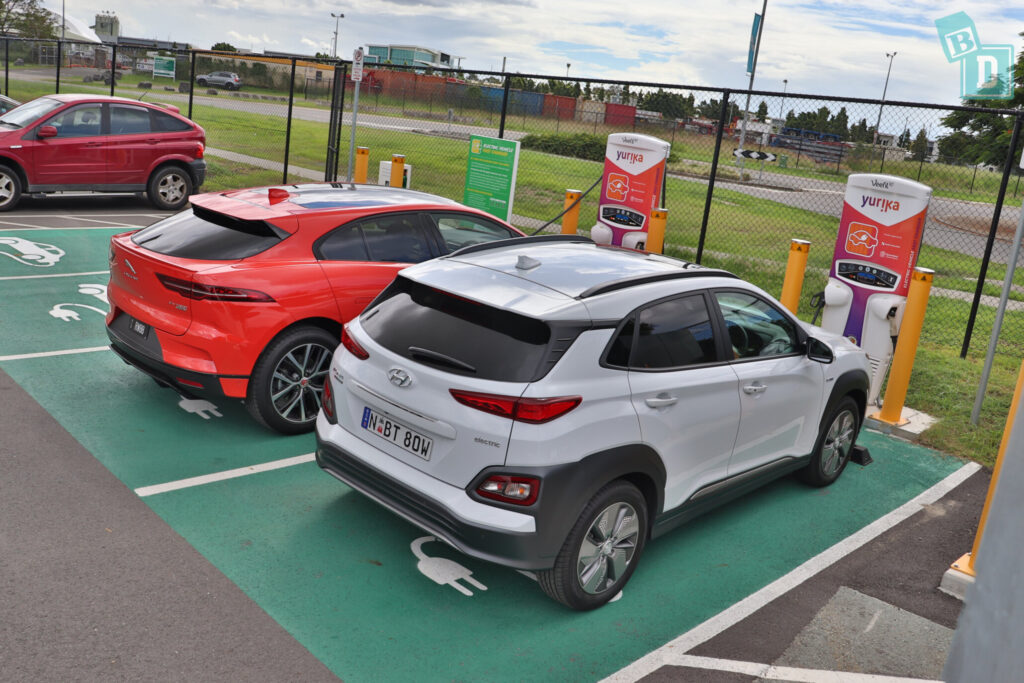 After that, you’re well into luxury territory with the Jaguar I-Pace and Tesla Model S ($130,000).

Plug-in seven-seat SUVs are limited to the Tesla Model X that costs from around $150,000. Even the Audi Q7 is only a five-seater when you go for the e-tron plug-in hybrid version and it was the same story with the BMW X5 iPerformance that is now discontinued to make way for an all-new model.

Mitsubishi’s Outlander is the only mainstream five-seat medium plug-in SUV with truly usable cabin and boot space for families, costing from about $50,000. You can drive it 54km on the battery alone and it works like a regular hybrid the rest of the time, mixing electric and petrol power.

The good news is, almost every brand is now working hard on affordable plug-in models. With both Volkswagen and Kia launching electric hatches and SUVs very soon, it’s only a matter of time before the cost of practical electric cars with good battery range comes down to mainstream levels, so we can start driving our families about in them 🙂

The 2019 BMW i3 holds a surprising amount in its boot, single and tandem prams and strollers and two car seats fit nicely in the back seats Read More

I spend Mother’s Day weekend with the Tesla Model S

After a long wait to review a Tesla I am offered a Model S last minute on Mother’s Day weekend! Of course, I can not say no, so let’s find out how I got on
Read More