Has someone at Hyundai hacked into my emails? It's just that I've had quite a few people contact me in the past 18 months asking if there's a seven- or eight-seater that has all-wheel drive, can fit three child seats, has room for a twin stroller in the boot and provides decent towing capacity. 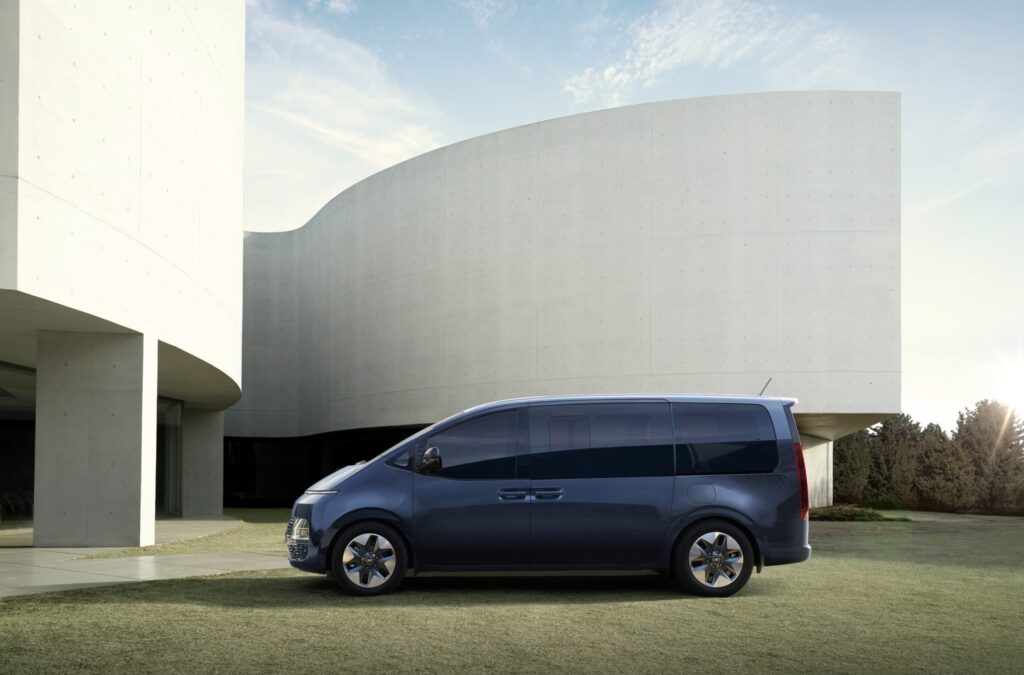 Turns out they could've been describing the new Hyundai Staria eight-seat people mover, which is on sale in Australia later this month from $48,500 (before stamp duty, rego etc), has all the above and… a BABY MONITOR! That's right, there's a camera in the ceiling of the top-spec Highlander model (from $63,500 before stamp duty, rego etc) giving you a view of the back seats. I've also had emails from parents who have rigged up home baby monitors into their cars for various reasons, so did someone at Hyundai somehow know this as well? 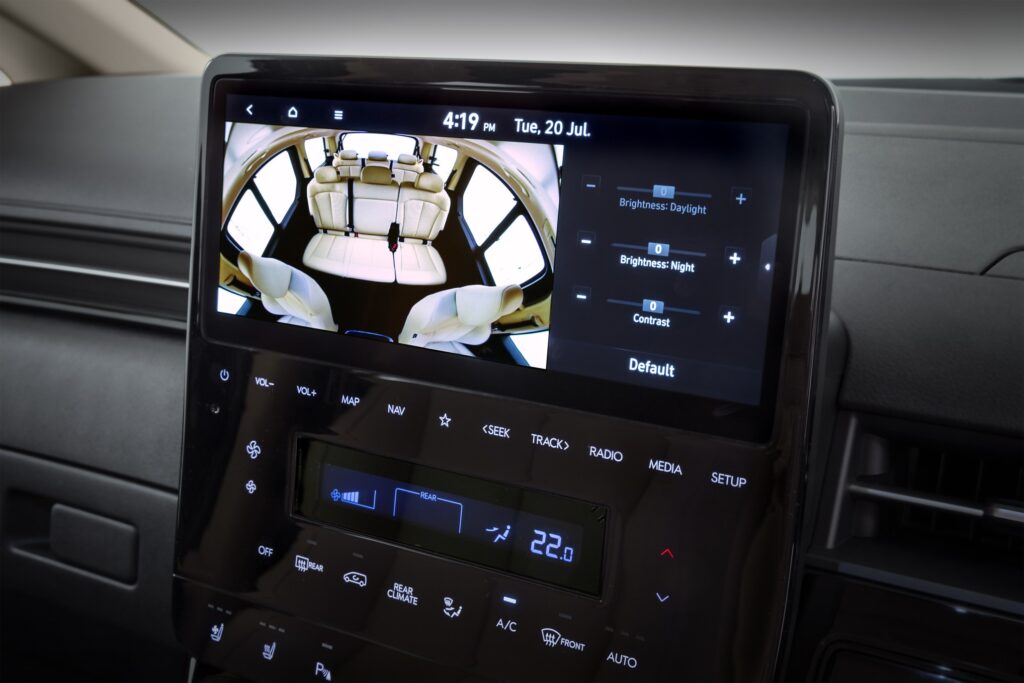 But what do you think of the looks? The Hyundai Staria is futuristic enough that I'd half expected it to be an electric people mover but it has the same choice of diesel or petrol engines as the Santa Fe and that SUV's 2.5-tonne towing capacity as well as its all-wheel-drive system on the diesel ($3000 more than the two-wheel-drive petrol versions). 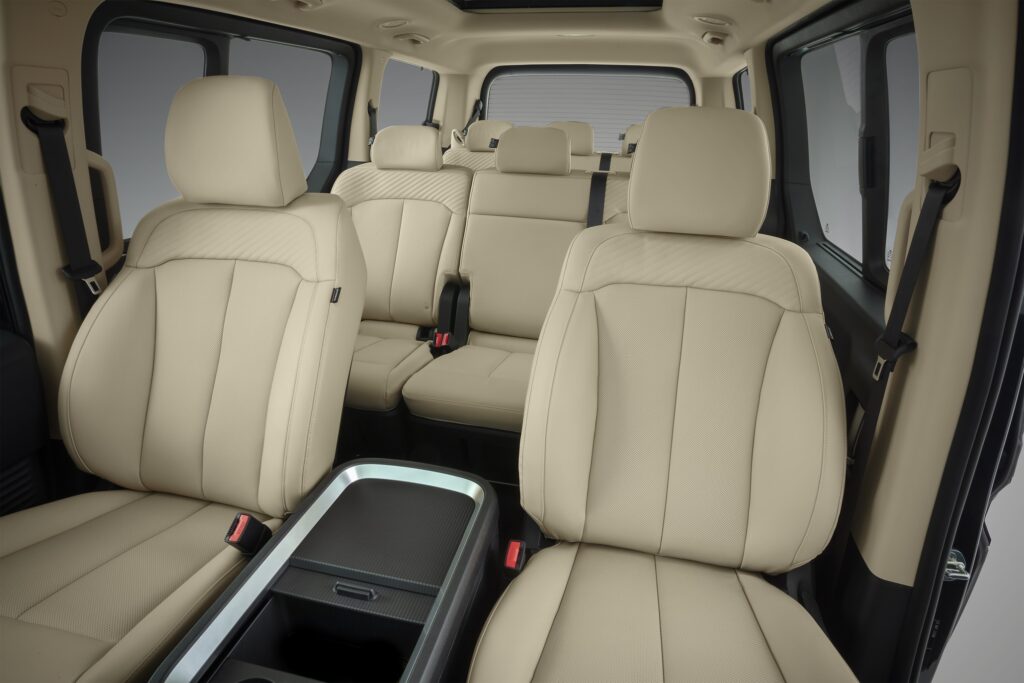 The Hyundai Staria's dashboard looks more like the one in the new Tucson SUV (review coming soon) with its big central screen (for showing you that baby monitor image among other things including Apple CarPlay/Android Auto) and, on the Highlander, a digital driver display that pops up above the steering wheel. 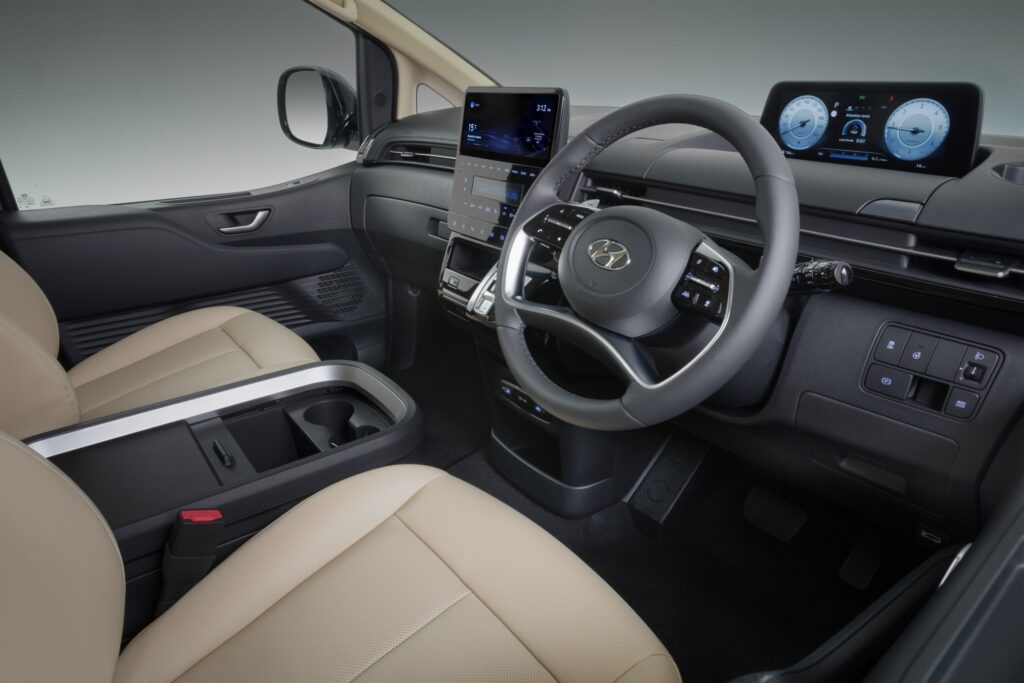 It also looks like there is HEAPS of storage inside the Hyundai Staria, with that big centre console and perhaps even space between the front seats for your bag. Hyundai says there are 16 cupholders! The boot also looks MASSIVE with all three rows in use. Definitely enough for a folded-up twin stroller or maybe even a single stroller can go in there without collapsing it? The bottom of the boot lid is REALLY low down as well and the third-row seat doesn't fold into the floor like other people movers such as the Carnival or Odyssey but fixed in place like the Toyota Granvia and Volkswagen Multivan. 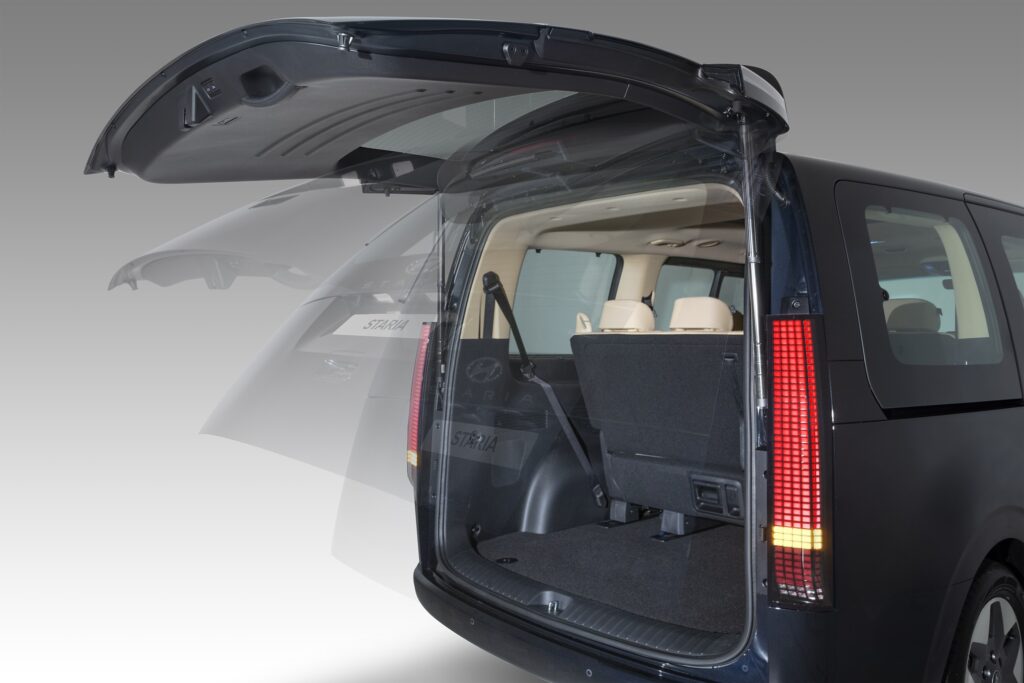 Hyundai says only the second-row seats of the Staria have child seat anchorages (three for top tethers and two sets of ISOFix). But they say getting into the third row is easy through the sliding doors (operated hands-free on the mid-spec Elite (from $56,500 before stamp duty, rego etc) and Highlander, so we're looking forward to seeing how that works with child seats installed! 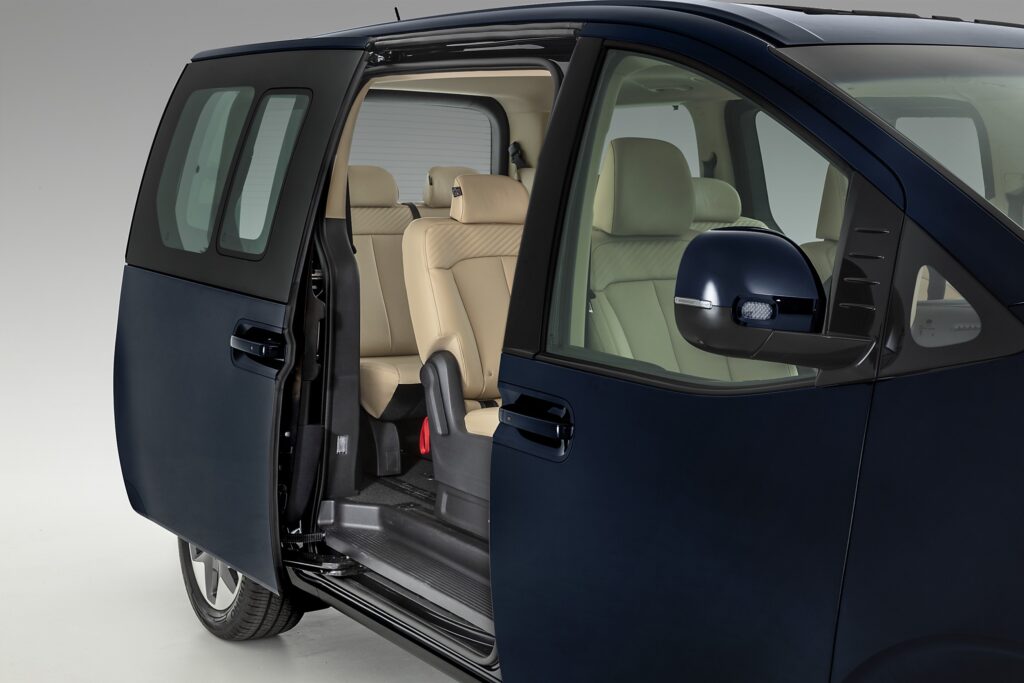 The Elite and Highlander will have a 360-degree camera with 3D view, just as well because the Staria is even bigger than a Kia Carnival. There are seven airbags in every Hyundai Staria including one between the front seats (no mention of third-row airbags, we'll wait and see) and just about every safety technology to help you avoid crashing in the first place. 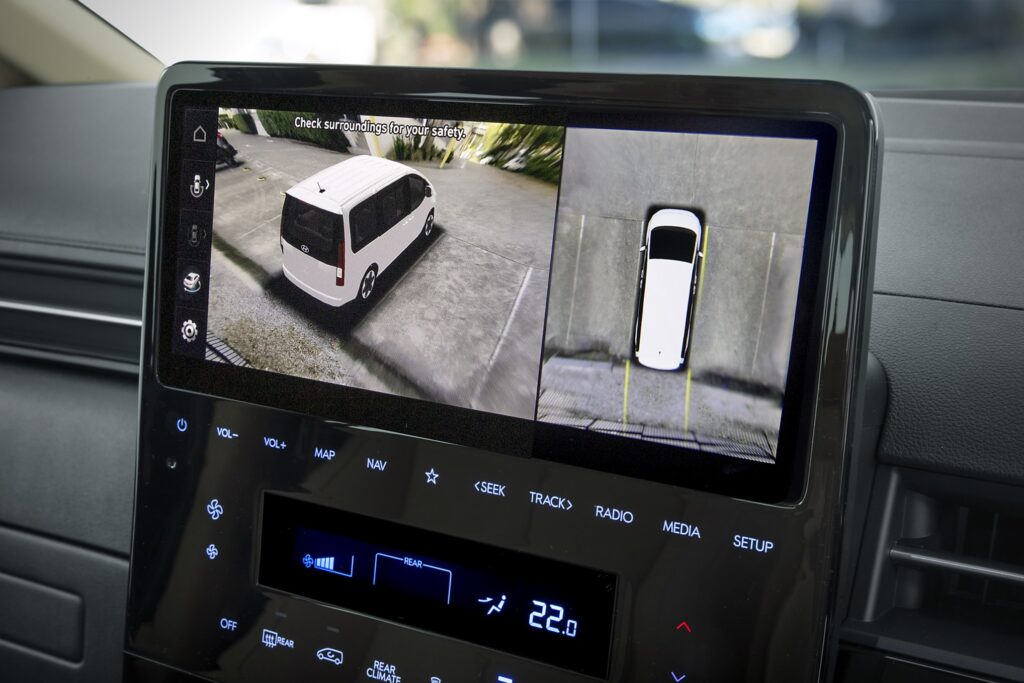 Elite and Highlander versions of the Hyundai Staria also have window shades for second- and third-row passengers, who also get their own aircon vents and controls on all versions which can be locked by the driver to end arguments. 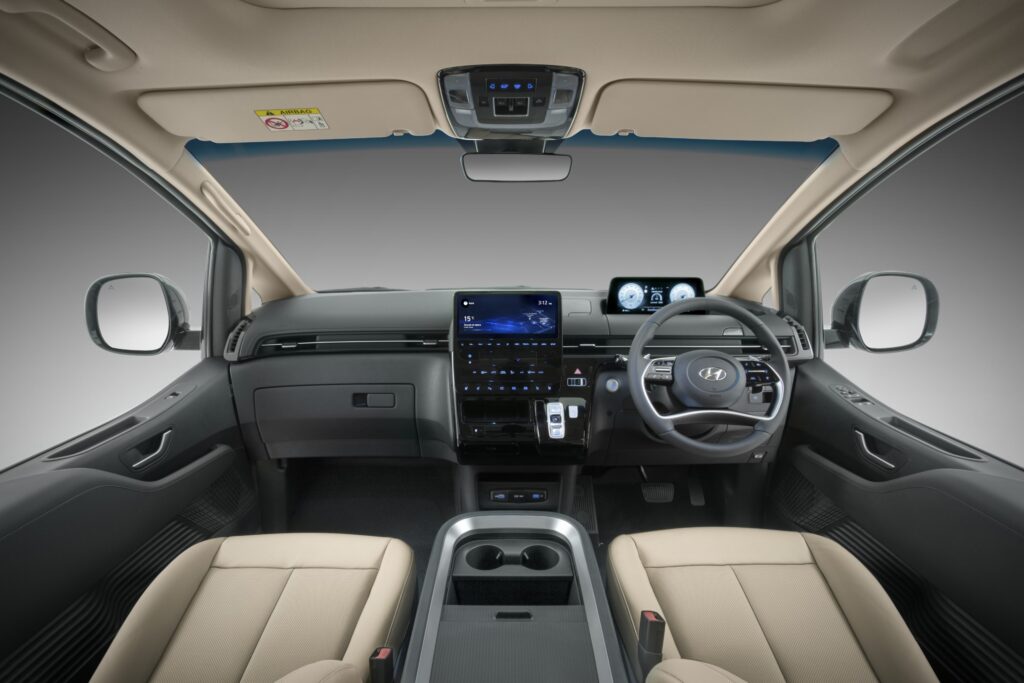 Stay tuned to BabyDrive's social media, YouTube channel and newsletter to be first to know when we review the 2022 Hyundai Staria!

The new 2021 Kia Carnival can now fit five child seats, all with ISOFIX, it’s more spacious and a number of family-friendly features have been added! Read More

The 2022 Volkswagen Caddy is a fantastic, fun family people mover that will hold five Infasecure child seats and a twin pram in the boot Read More