There are some AWESOME American 7-seat SUVs available in the United States that we don't get here in Australia and most of them don't seem to be set to ever make the trip across the waters either?! 🙁

Let's take a look at some of these models and just what we're missing out on! I'm especially interested in the second-row captain's chairs that seem to make third-row access sooooo much easier!!

NOT coming to Australia 🙁 The Kia Telluride looks great! Individual captains seats in the second-row with ISOFix and top tether anchorages and a bench third-row seat with central top tether anchorage. That's the potential to fit at least three child seats with good third-row access through the gap between the second-row seats! The interior looks flash but risky with kids on those white leather seats!!

NOT coming to Australia 🙁 Since the funny-looking Tribeca was discontinued years ago, Subaru hasn't had a large seven-seat SUV in its Australian range and we think the Subaru Ascent should be it!! The Ascent looks to have four top tether anchorages! Two in the second-row captain chairs and two in the third-row bench seat too. It also has ISOFix in the second and third-row seats as well, which would be great for families. The central gangway between the second-row seats also makes it easy to access the third row. The boot looks pretty spacious and the Ascent has the look of a giant Forester, much nicer than the old Tribeca!

The Palisade IS set to come to Australia!! WOOP WOOP!! Its arrival date is not confirmed but right-hand production is said to have been secured, which we at BabyDrive are VERY happy about! It's a great looking large SUV, with that modern Hyundai look especially in the interior and dash, like the Kona's VERY big cousin! The Palisade has all the luxuries we are after such as heated and cooled front seats and a heated steering wheel, Apple CarPlay, Android Auto… And Quiet Mode which I am super excited to check out!!

I'm not sure if the second-row captain chairs will make it to Australian production or if they will swap those out for the traditional bench seat but I'm hoping the captain chairs stay as they make third-row access nice and easy AND they are fun for those rare mum nights out!! Ventilation looks good throughout, and there are lots of cup holders and USB sockets in all three rows. The boot is said to be 590L with all three rows of seats up which will be A LOT of shopping bags and I'm hoping prams and strollers are going to fit too! We'll keep you posted when this one hits our shores!!

NOT coming to Australia 🙁 EVERYONE (except Volkswagen) says the Touareg should have seven seats and in the USA you can get a full-sized seven-seat VW SUV. From its interior, the Atlas looks like more of a Tiguan Allspace on steroids than a luxury car like the Touareg, but then again the little Tiguan is ABUNDANT in its thoughtful family-friendly features. The Atlas looks to have FIVE top tether anchorages, three in the second-row and two in the third-row seats and unlike all the others it doesn't have captains chairs! 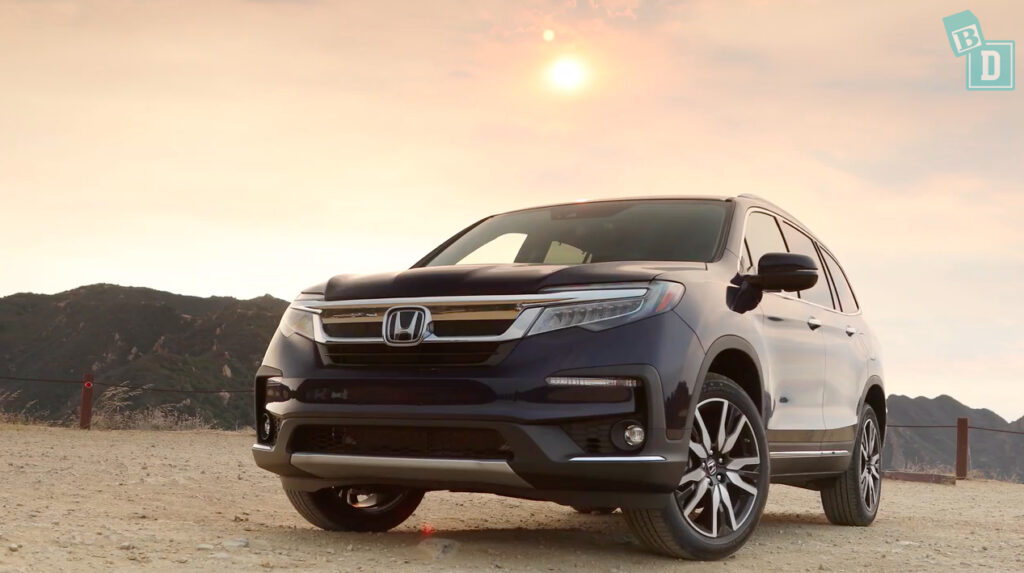 NOT coming to Australia 🙁 A bit like the Ascent, the Pilot looks like the big sister to a model we're all familiar with in Australia – in this case the CR-V. Honda has CLEARLY done a much better job of the top tether anchorages in the Pilot though… More info and video coming soon, check back in the next few days!

To find out when new reviews are published, please subscribe to the BabyDrive email newsletter.

SPECIAL REPORT: A legal loophole means installing child seats in dual cab utes is not as simple and safe as it should be Read More