Most cars sold in Australia feature two ISOFix points for installing child seats in each of the second-row outer seats, but if you are looking for a car or SUV that can accommodate more than two ISOFix baby car seats, then we have made life easier for you with this list of cars with three ISOFix points or in some cases four or even five ISOFix points across the second and third-row seats!

Why might you need more than two ISOFix points? Given the ISOFix weight limit of 33kg including the child seat itself, many parents could well find their oldest child outgrows ISOFix before there is a need to use three or more ISOFix points simultaneously.

Still, there are all sorts of cases (such as multiple births, blended families, family daycare providers) where being able to use three or more ISOFix points at once is useful AND no matter what, being able to choose where in the rear of the car you install your ISOFix baby and child seats can be excellent extra flexibility for unexpected bulky IKEA purchases, grandparent visits or having your children's friends along for the ride. 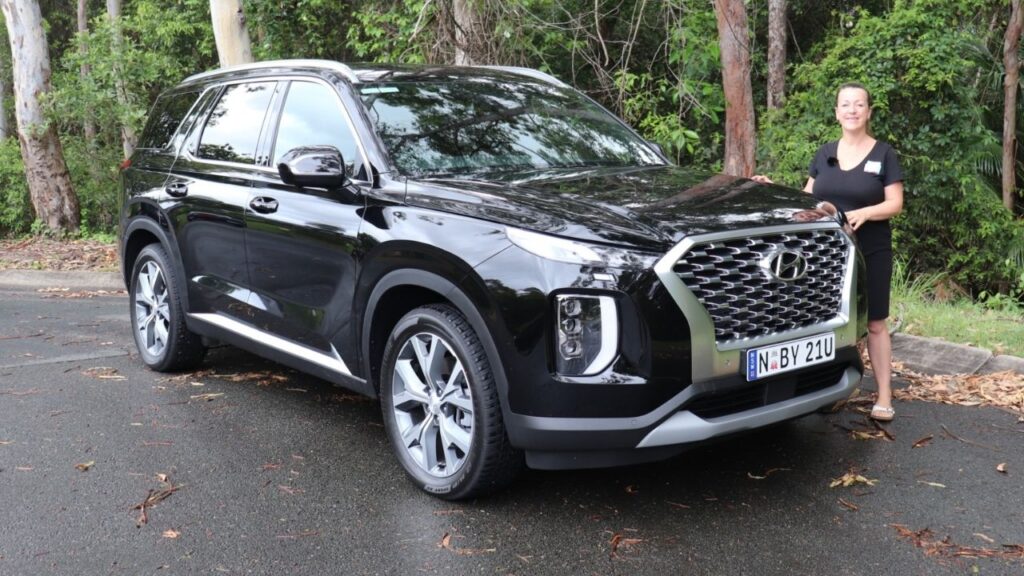 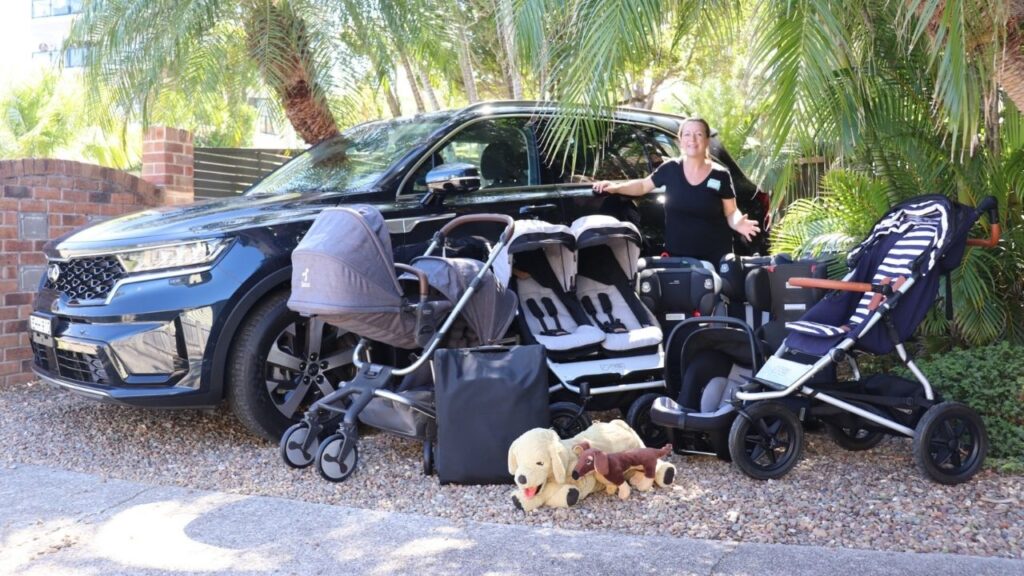 The 2021 NEW Kia Sorento is priced similarly to the current model Kia Carnival, ranging from $46,000-$63,000. This seven-seat SUV has four ISOFix points and five top tether anchorages. The central second-row seat is the only one to use the seatbelt instead of ISOFix for securing child seats.

By far the overall winner is the luxury Audi Q7 seven-seat SUV, which ranges in price from $102,000 to $120,000. It has ISOFix and top tether anchorages in all five rear seats, which is awesome for families wanting to fit five child seats in the back or for smaller families wanting the ultimate flexibility for seating positions. We found we could fit three full-size ISOFix child seats across the second-row seats and another two in the third row. 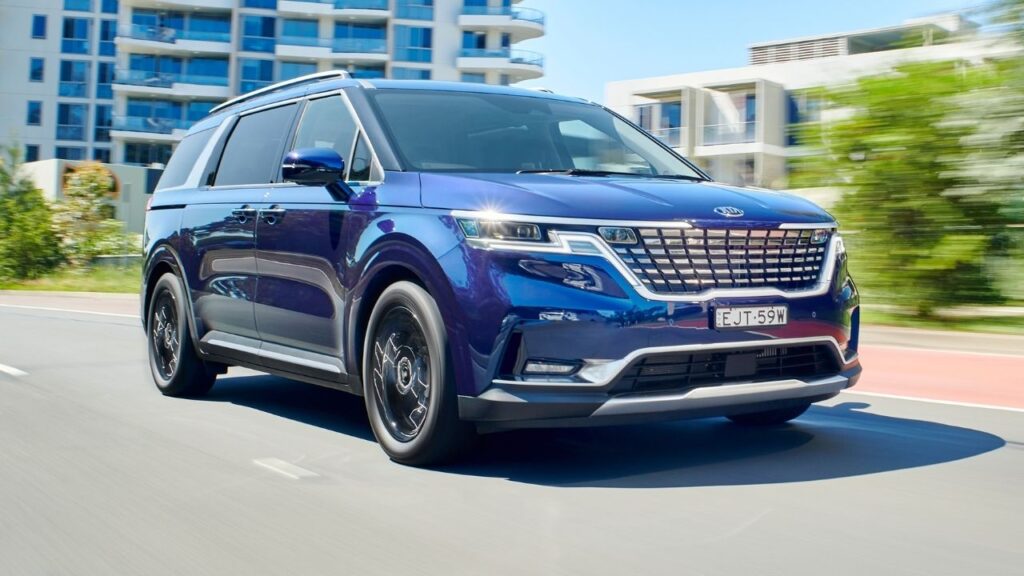 The NEW 2021 Kia Carnival has five ISOFix points and five top tether anchorages. In all three of the individual second-row seats and in the two outer third-row seats. Prices start at $47,000 for the base model S up to $67,000 for the Platinum. 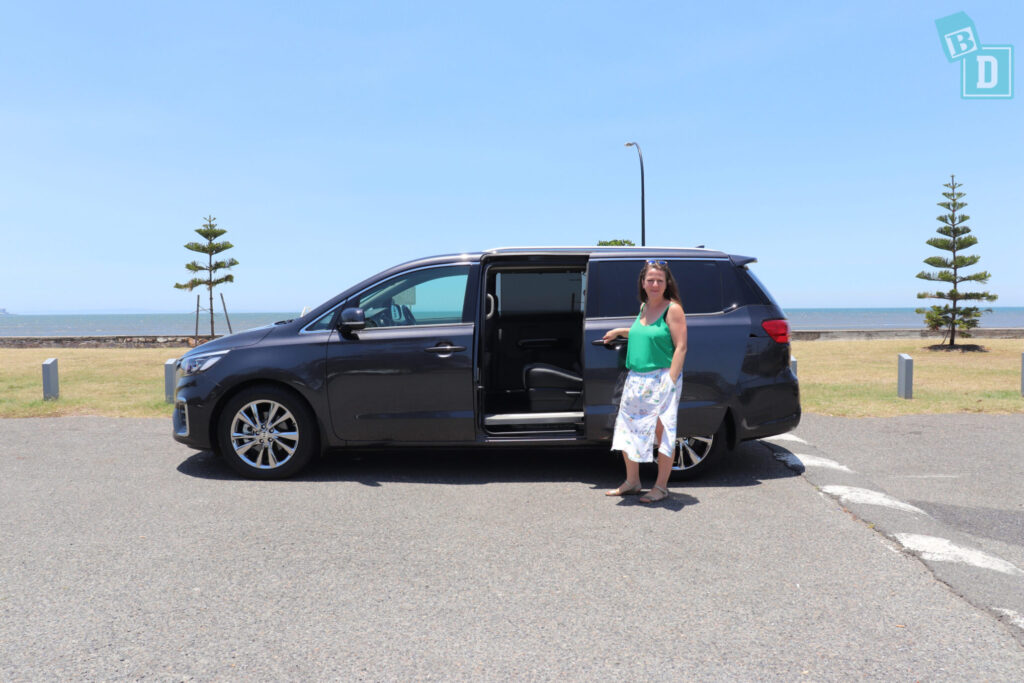 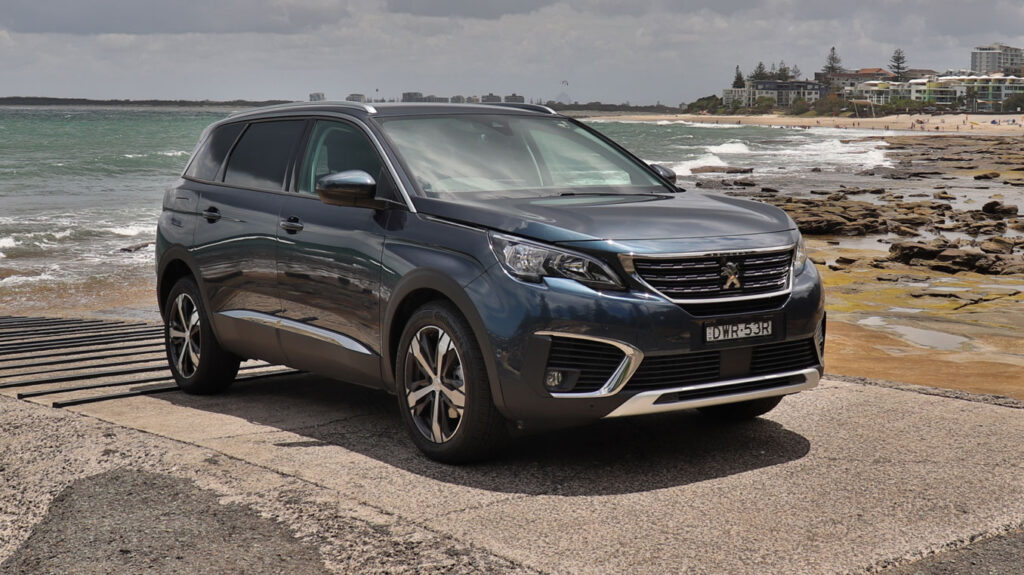 The Peugeot 5008 is a very stylish and practical family seven-seater SUV ranging in price from $46,000-$55,000. With ISOFix and top tether anchorages in all three second-row rear seats, which also happen to individually slide! This car is awesome for families wanting to fit three child seats across the second-row seats. However, there are no anchorages in the third-row seats.

The Mercedes Benz GLB is affordable for a luxury branded seven-seat SUV, starting at $60,000 and reaching $89,000. It has ISOFix points in four of the five rear seats and top tether anchorages in all five. It is the central second-row seat that has no ISOFix and you need to use the seatbelt. 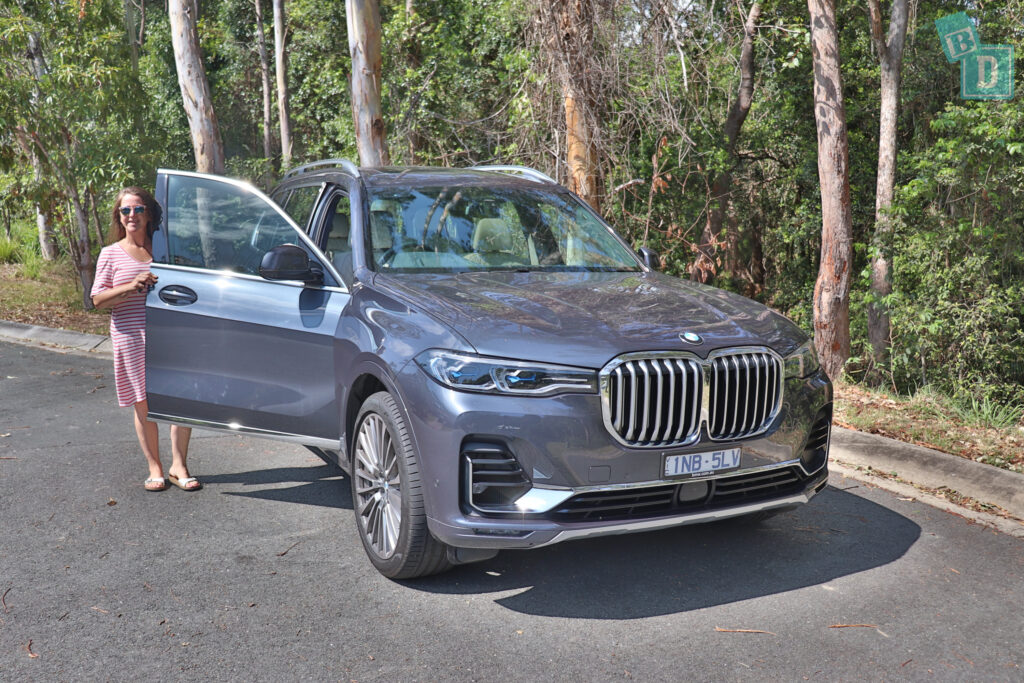 The BMW X7 is a big luxury seven-seat family SUV. It has four ISOFix points, one in each of the second-row outer seats and one in each of the third-row seats. So you can install four child seats using ISOFix with top tether anchorages and one in the central second-row seats using the seatbelt and top tether anchorage. The X7 has a great mechanism for accessing the third-row seats with forward-facing child seats installed in the second row, meaning I could bring the seatbacks forward and have enough room to climb through to the third row without having to remove a child seat. 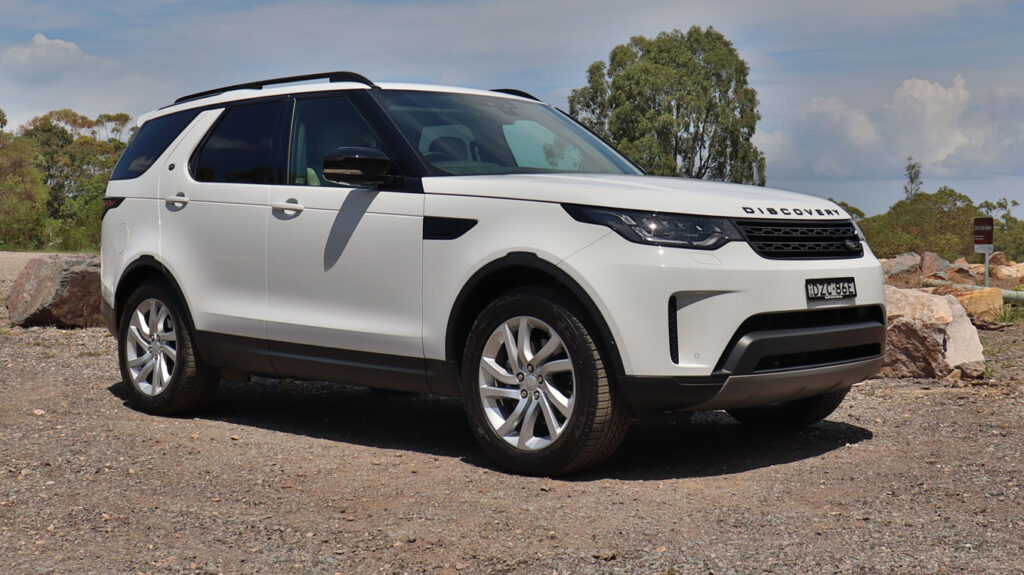 The Land Rover Discovery SE is a luxury seven-seat SUV. Prices start at $67,000 and range up to $117,000 and beyond if you choose a lot of options. With ISOFix in four of its five rear seats and top tether anchorages on the back of all five, I found it would accommodate five child seats in the back. 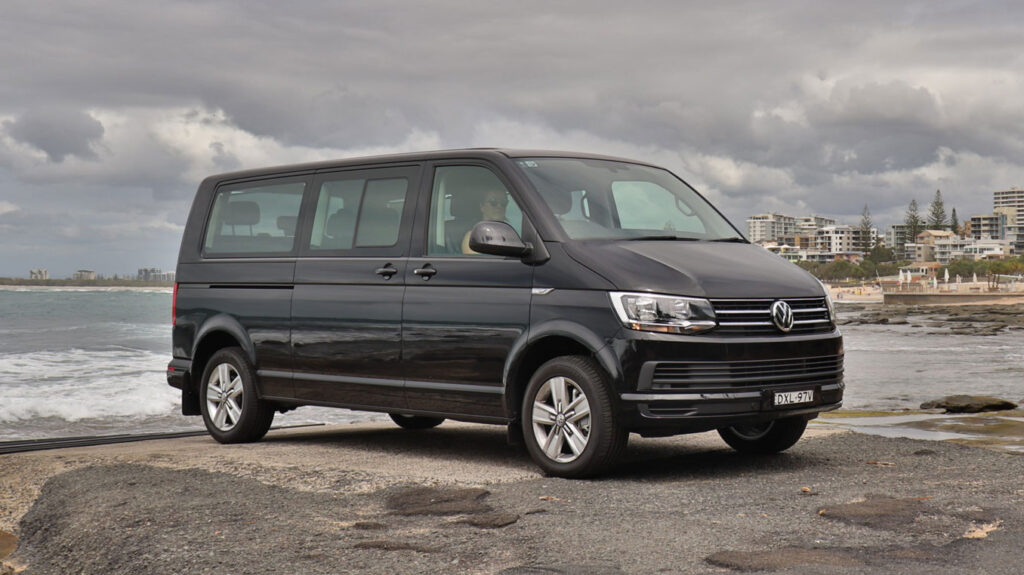 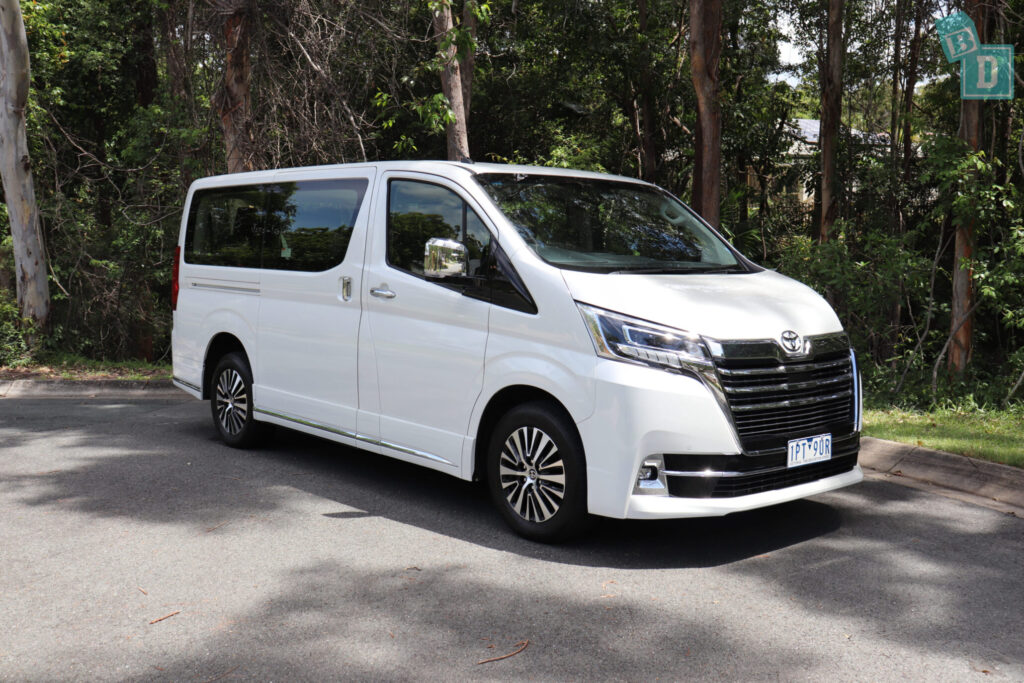 The Toyota Granvia is an eight-seater people mover with ISOFix points and top tether anchorages in four individual rear seats. Ranging in price from $62,000-$75,000 it offers parents a central aisle walkway through from the individual first two rows of seats to the third-row bench seat, which has no top tether anchorages or ISOFix for baby car seats.

The new 2021 Kia Sorento seven-seat family SUV can fit five child seats in the back two rows, but the boot space is no larger than a Santa Fe Read More