There are many five-seater cars battling for attention in the under $40,000 price bracket and most of them boast having three top tethers but that does not mean they will all fit three child seats across the back row! To make your life easier here is a list of all the five-seater cars, costing under $40,000, that I have reviewed and found would fit three child seats across the rear seats:

The 2019 Ford Focus Active costs between $26,000 and $35,000. I found it fitted three child seats in the back seats really nicely with good legroom. In front of the rear-facing child seat, we could fit a 180cm driver. 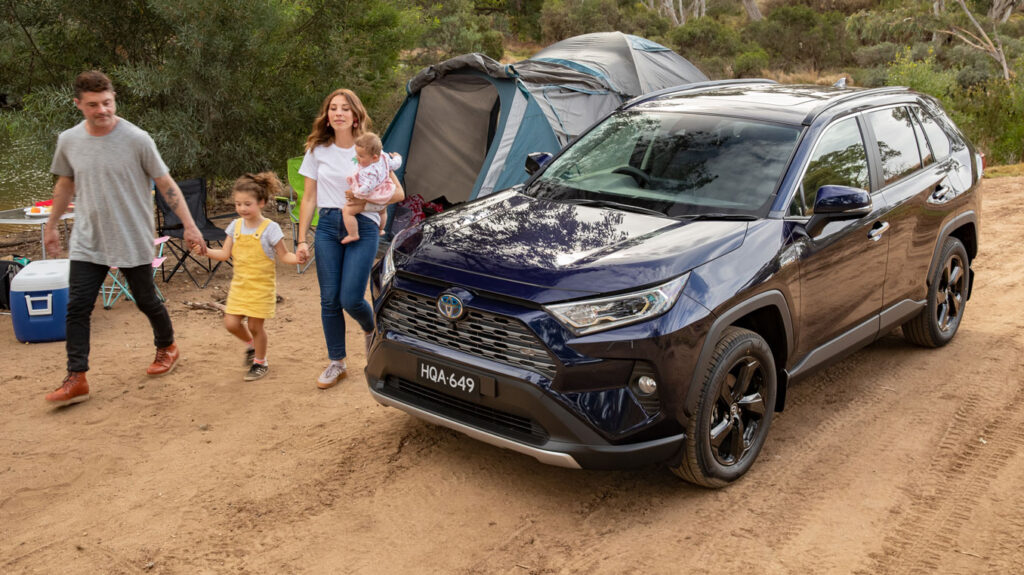 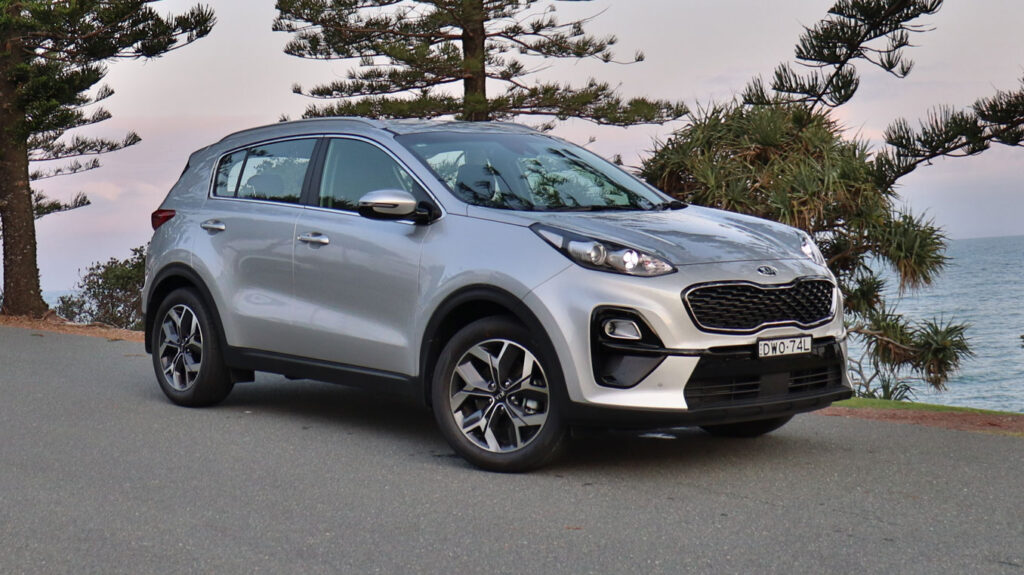 The 2018 Kia Sportage costs between $31,000 and $46,000. I found it just fitted three child seats in the back seats although it was much more spacious with just the two outer child seats installed. Legroom is surprisingly good in the cabin! In front of the rear facing child seat, there is 28cm of knee-room for the front passenger. 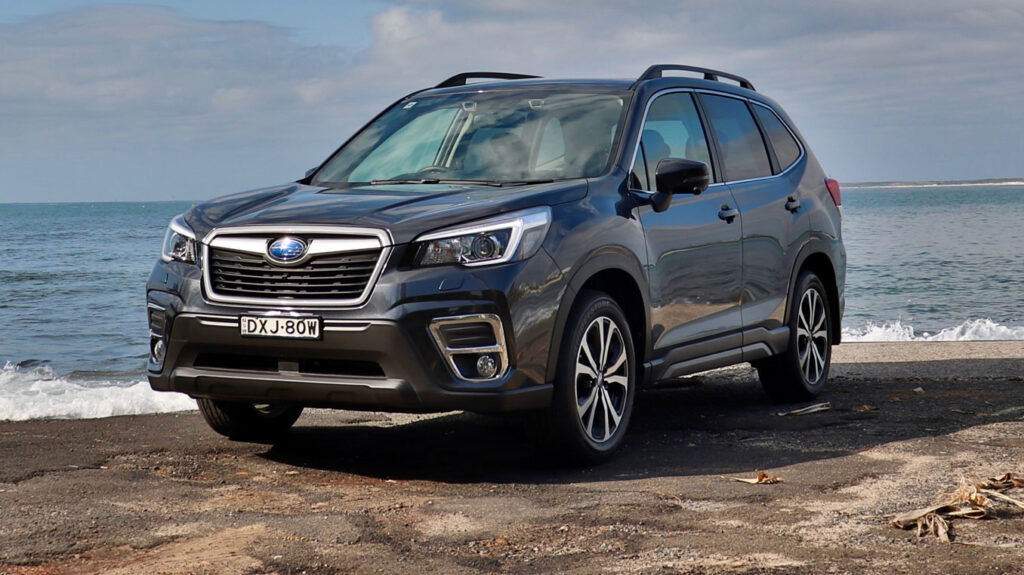 The All New 2019 Subaru Forester costs between $34,000 and $42,000, it fitted three child seats easily across the back seats. There are three top tethers in the seat backs that are easily accessible through the boot and within clearly labelled, plastic guides. The ISOFix are in the two outer rear seats, and although they are not within plastic guides I still found them easy to connect to. With rear-facing child seats installed, the legroom was still really good in the front and a 182cm passenger could still sit in front of them. 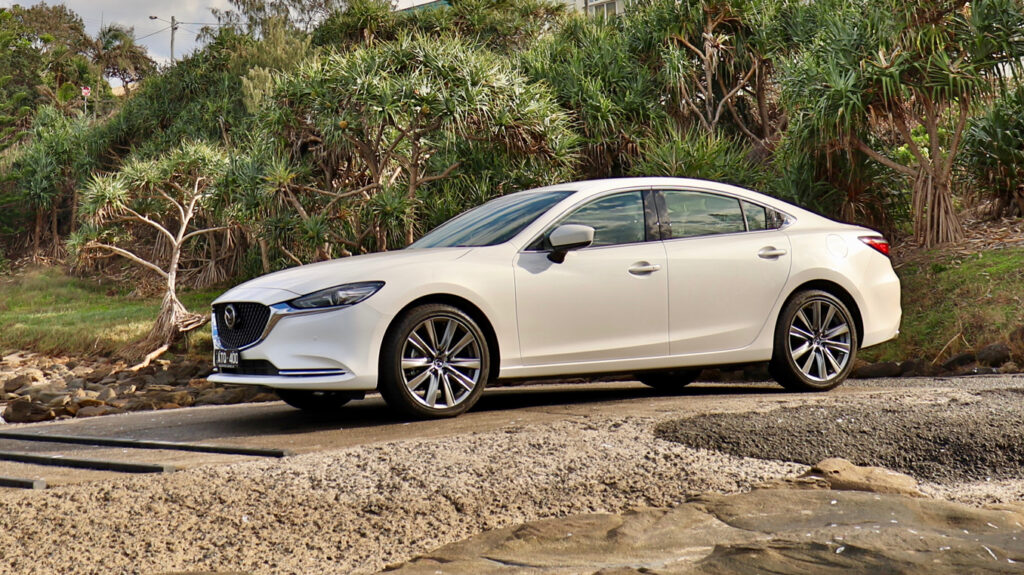 The Mazda 6 GT Turbo ranges between $33,000 and $50,000. I was very surprised to find I could fit three child seats in the back, I wasn't expecting them to fit looking at the seat space. There are three top tethers across the fixed parcel shelf in the back but I found because of their position, as well as the ceiling and the back window being so low, they are REALLY tricky to access and connect to. They are even harder to disconnect. There are ISOFix points in the two outer rear seats. With a rear-facing child seat in the back, I had a good amount of legroom in the front passenger seat too (I'm 162cm). The main difficulty is posting bub into their seats, as the low roofline is just hard work; I hit my head and my daughter's head on it many times! 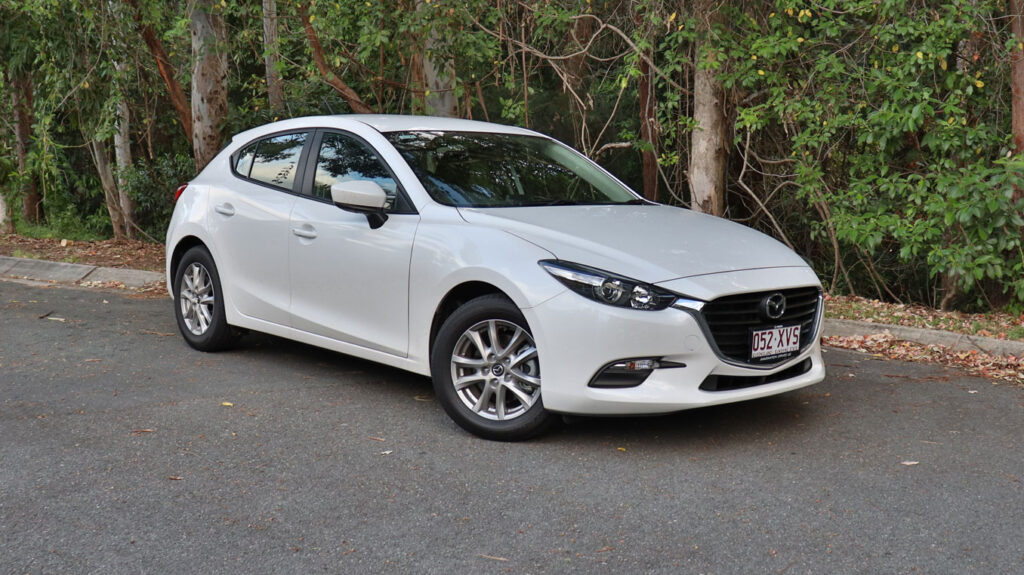 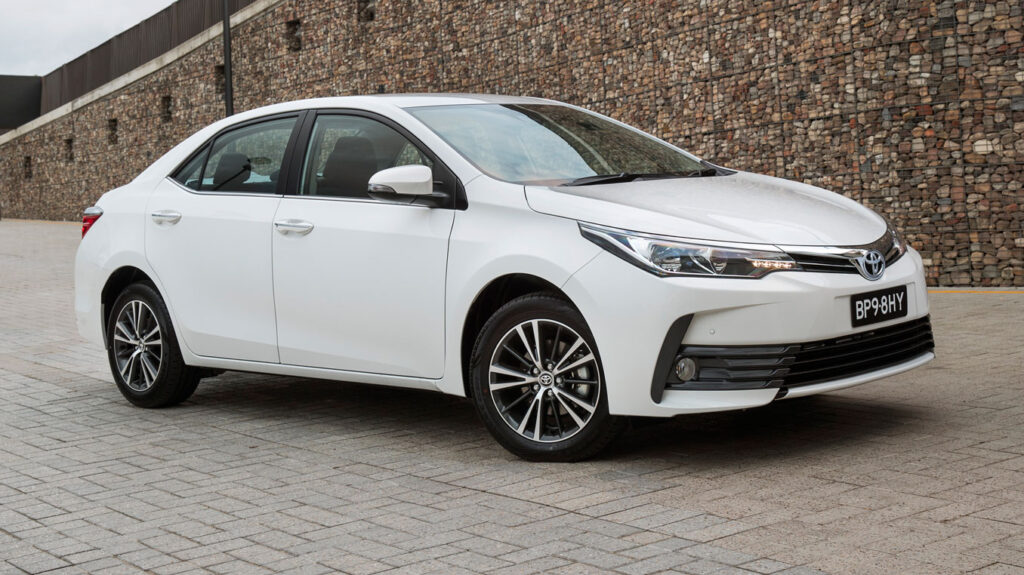 The Toyota Corolla is one of the cheaper options costing $20,000 to $32,000. It has a lot of leg room and I managed to install three child seats, two rear facing in the outer seats and an booster seat in the middle seat with enough legroom in front for a 184cm driver. 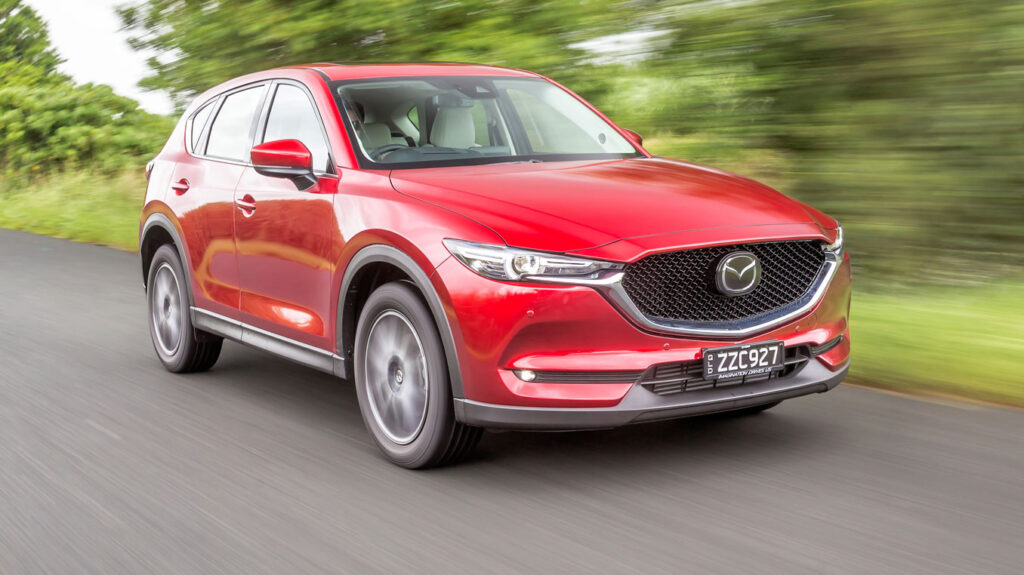 Costing $29,000 to $50,000, I was surprised to find I could fit three child seats across the back row of the Mazda CX-5! I didn’t think it would be big enough but I got a rear facing capsule on either side with a booster seat in the central seat. The CX-5 has three top tether points in the back of the seat backs and ISO Fix in the two outer seats. 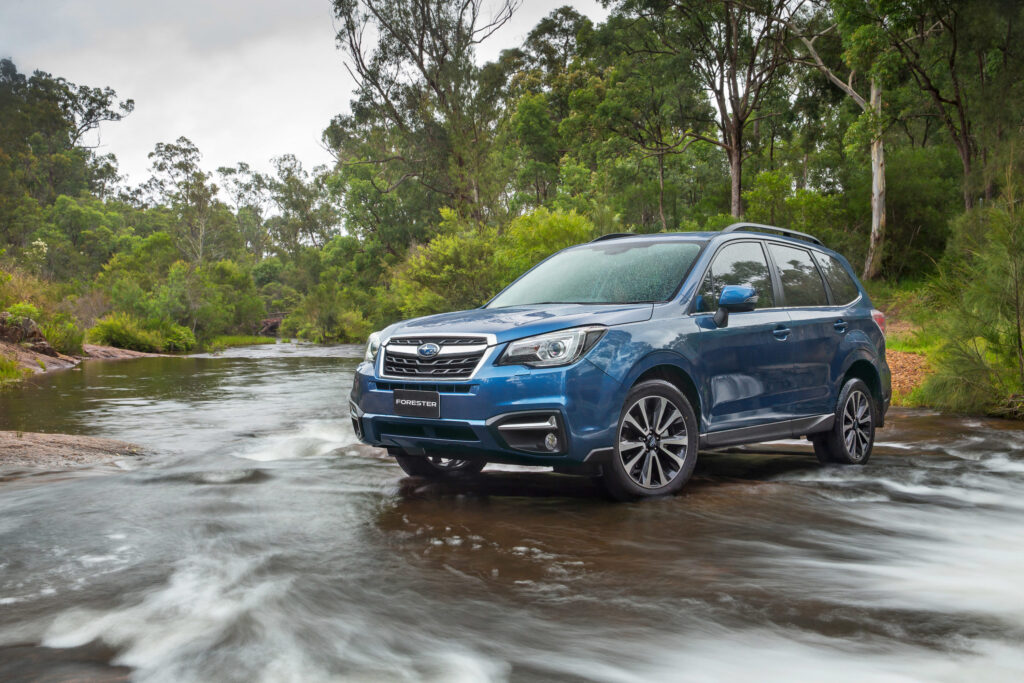 The Subaru Forester costs between $34,000 and $42,000. It fitted three child seats easily across the back seats. With rear-facing child seats installed, the legroom was still really good in the front and a 184cm driver could still sit in front of them. 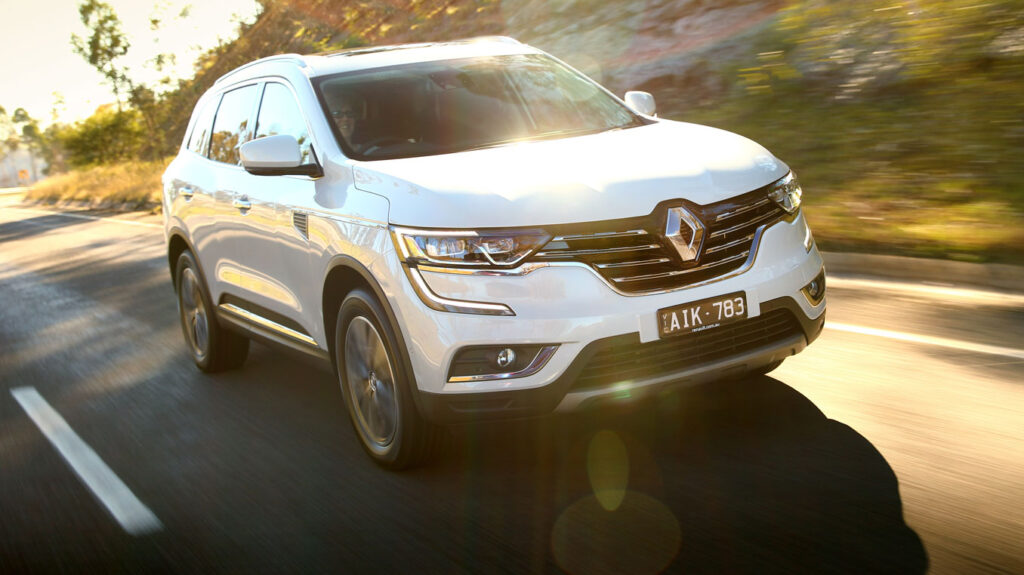 Costing between $30,000 – $44,000 the Renault Koleos will fit three child seats across the back seats. We had trouble with the ISOFix not working on one side of both cars we tested. Something we have highlighted to Renault and they seem to have rectified on other Koleos models we have driven since, but still well worth double-checking if you are looking to buy one. Apart from the ISOFix problem, the rest of the seat installation was simple. 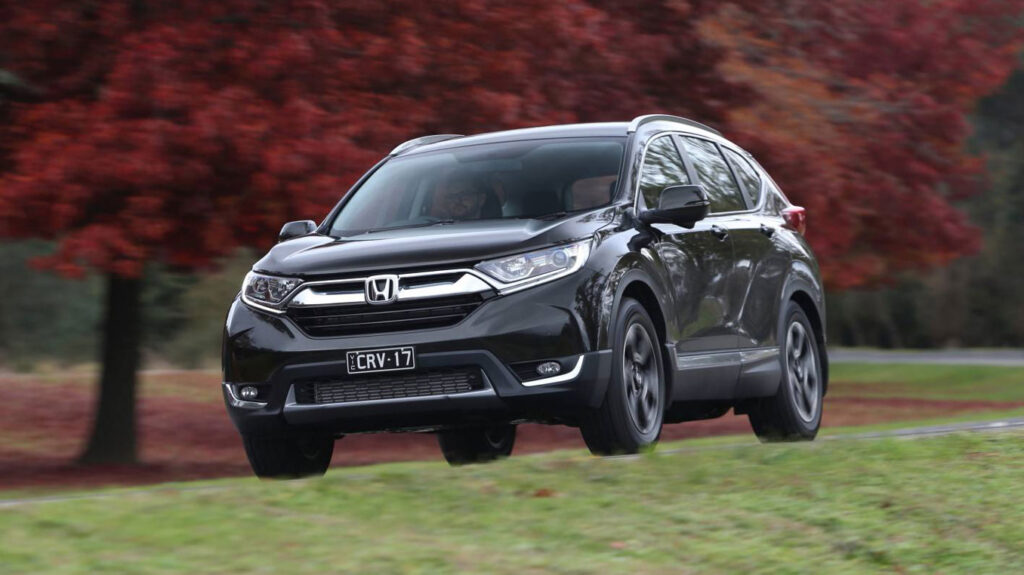 Costing $31,000 to $45,000, the top tether anchorages are in the ceiling of the Honda CR-V and the central seatbelt comes from the ceiling too so visibility out of the back would be difficult for the driver. There is so much legroom in this car! I think any size driver or passenger could sit in front of the rear facing child seat without any problems! 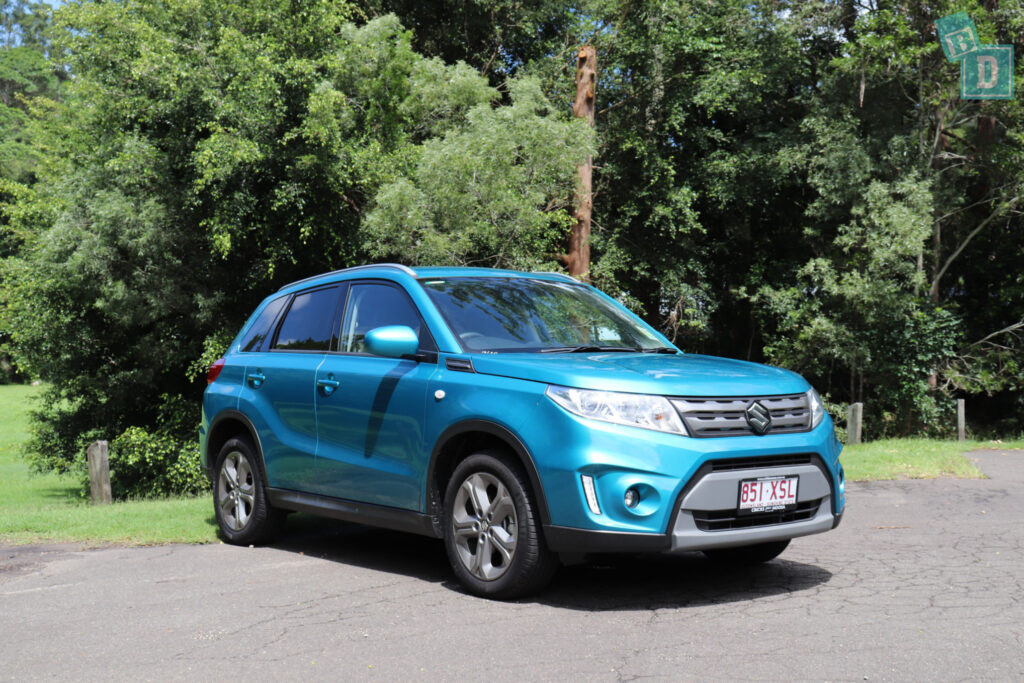 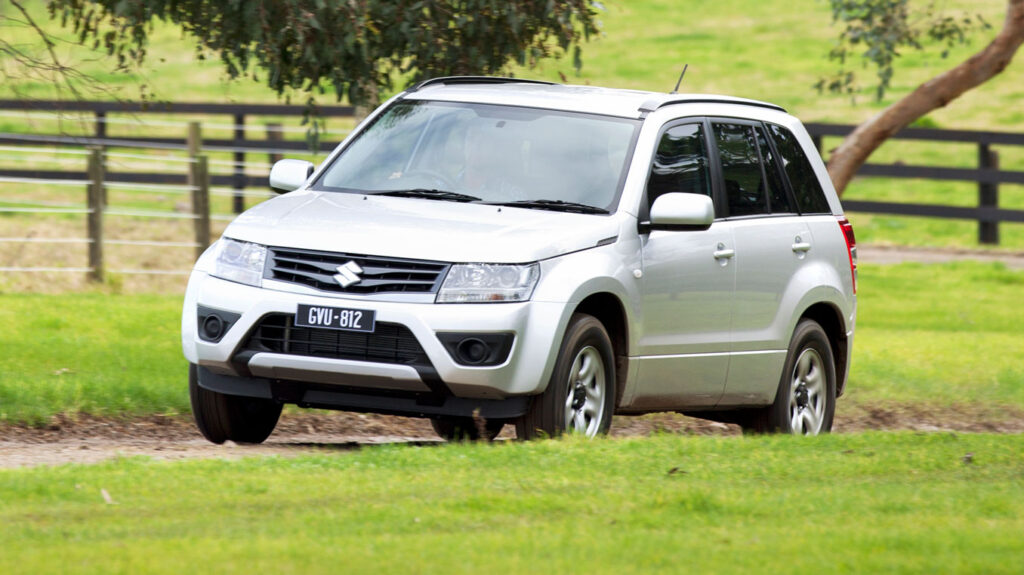 The Suzuki Grand Vitara costs between $28,000 and $34,000. Rear seats are comfortable and although there is some shaping to the seatbacks and bases, their basic nature worked in my favour and I could fit three child seats across the rear row! I was very surprised in a small car like this, I could fit two rear facing and a forward facing child seat. It was a squeeze and you do need to level out the two outer seats to make the passengers comfortable. 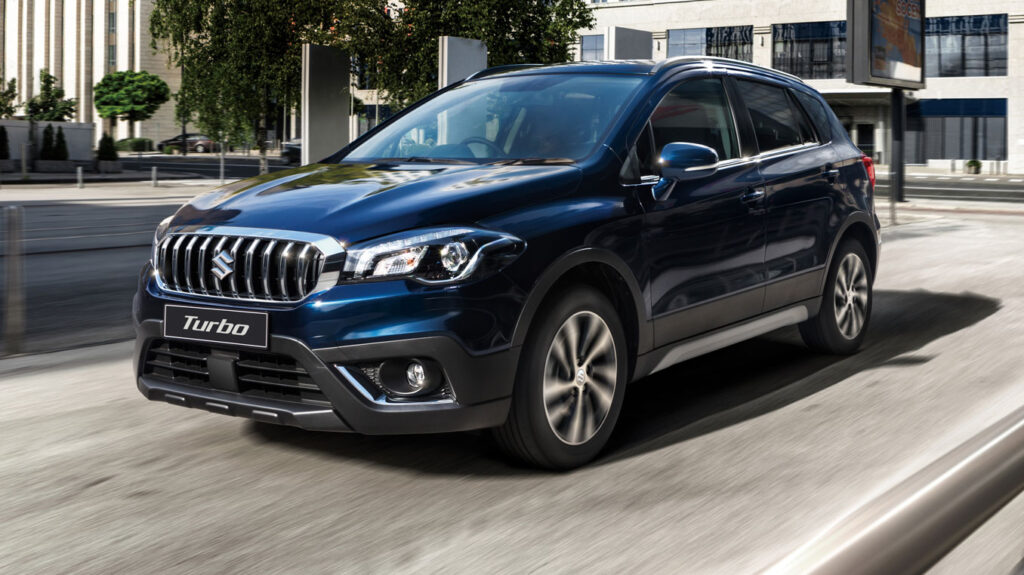 I was very surprised by the little Suzuki S-Cross, ranging in price between $23,000 and $33,000. I managed to squeeze three child seats across the back row. I did this with two rear facing child seats in the outer seats and a forward facing in the central seat. You would definitely need to check your three child seats fit before buying them if you need this functionality. Two child seats fitted really nicely with more comfortable interior space in the S-Cross rear outer seats using the ISO Fix and top tethers.

The Toyota LandCruiser Prado can hold three child seats (just), and a good amount of strollers and shopping. But only when using five of the seven seats! Read More

The Mitsubishi ASX fits two child seats and a twin, tandem and single stroller fits in the boot with shopping Read More